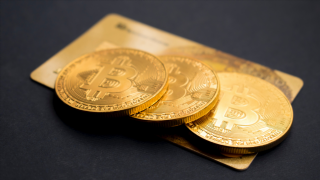 Michael Saylor, the ‘bitcoin slayer’ that needs no introduction, continues his attacks on everything non-bitcoin, this time unleashing his wrath on gold.

In an interview with Andrew Henderson of Nomad Capitalist, a legal finance advisory, Saylor, condemning gold as a “dying asset” and “dead money,” offered his view of the future of investment: gold is out, bitcoin is in.

To recap Saylor’s ascent to bitcoin supremacy, his firm Microstrategy made headlines for its relentless bitcoin shopping spree during 2020, buying 29,646 coins in December alone. 2021 is no different, with Saylor announcing today another purchase of 295 bitcoins, bringing his total to 71,079.

It’s a long-duration, safe-haven asset. You can’t debase it. If you look in the long term, ten, twenty, thirty years, owning bitcoin is like encrypting your monetary energy in a way that will preserve it, without any degradation in the long term.

And it seems to be paying off for his firm, as he boasts in this tweet:

Regarding the grim future of gold, Saylor had this to say:

Gold is dead money. Sell your gold, buy Bitcoin because other people are going to sell their gold and if you wait until you’ve been front-run by all the hedge funds when they dump their gold, you’re going to be the last person out.

Saylor doesn’t stop at gold. For him, any other form of investment that is not Bitcoin, is just not worth it:

Look at every asset class for the last six months. Look at gold, look at NASDAQ, look at the S&P, look at bonds. They’re all chopping. They’re not going anywhere. What’s working? Bitcoin’s working. It’s tripled or quadrupled, but let’s say tripled easy.

Watch the full interview below ->

What do you think of Gold vs Bitcoin as investment vehicles? Let us know in the comments sections below.