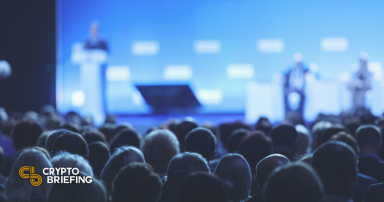 The head of Messari has confirmed that regulators issued a subpoena to a speaker during its blockchain conference.

Messari founder and CEO Ryan Selkis wrote on Twitter today that regulators issued a subpoena during Mainnet 2021, a three-day conference organized by his company.

Selkis highlighted his comment about tickets, noting Messari had offered compensated event passes to regulators, which were apparently refused. “They don’t want to learn,” he concluded. “They want to shut crypto down in the U.S., full stop.”

He did not mention which regulator issued the subpoena. However, another attendee, Slava Rubin, reported that the agency responsible was the U.S. Securities and Exchange Commission.

Rubin said that he saw “a guy get served by the SEC at the top of the escalator…right before going on stage for his panel.”

The company that received the subpoena is still unknown. However, the incident occurred before 11:15 AM EDT and concerned a male speaker, leaving only a handful of candidates.

With two more days left during the conference, it remains to be seen whether the targeted company will identify itself, and whether the SEC will take action against other attendees.

Disclaimer: At the time of writing this author held less than $75 of Bitcoin, Ethereum, and altcoins.