Meme Tokens: The Good, The Bad and The Ugly

Some believe that 2021 will be the year of ‘dogs’ for cryptocurrency. Dogecoin (DOGE) and Shiba Inu (SHIB), the canine combo, lead the meme currency pack in terms of price and market value. DOGE has increased almost 8,000 percent since the beginning of the year and is ranked #9 by market value on CoinMarketCap as of November 2021. SHIB, its opponent, has pumped more than 60,000,000% since January.

Things move quickly in the meme coin world, as they do in most internet jokes because nobody cares about anything they read on social media for more than a few minutes. This means that coins must be generated quickly in order to be classified as a meme currency rather than simply another random coin. In this article, we will discuss Meme tokens, their good side, bad side and their future.

What Are Meme Coins?

Meme coins are cryptocurrencies that have garnered a lot of attention in a short period of time, mainly due to influencers and retail investors pushing them online. People are doing a debate on several meme coins like Safemoon vs Shiba Inu or Shib vs Doge etc.

Dogecoin is the first meme coin, having been developed in 2013 as a joke based on a meme. It gained popularity once Elon Musk began tweeting about it, and regular investors began purchasing it in droves.

Developers have launched a spate of joke currencies after Dogecoin since anybody can build a new cryptocurrency. Many of these currencies are Dogecoin spinoffs, such as Shiba Inu, but there are dozens of additional meme coins to choose from.

Dogecoin is crypto similar to Bitcoin and Ethereum, but it’s not the same as either of these prominent coins. Dogecoin was named after a once-popular meme and was founded, at least in part, as a lighthearted joke for 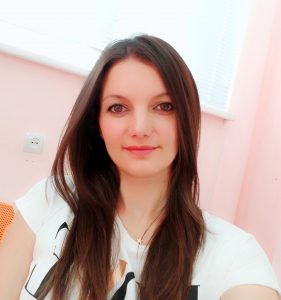 cryptocurrency aficionados. Despite its strange genesis story, Dogecoin has skyrocketed in popularity in 2021, becoming the sixth-largest cryptocurrency by market valuation as of writing.

Shiba Inu is an Ethereum-based altcoin (an alternative cryptocurrency to Bitcoin) using the Shiba Inu, a Japanese breed of hunting dog, as its symbol. Shiba Inu is widely regarded as a viable alternative to Dogecoin; in fact, Shiba Inu supporters refer to it as “the Dogecoin killer.”

Shiba Inu and Dogecoin are meme coins, which are cryptocurrencies connected with a theme, in the instance of Shiba Inu and Dogecoin, the Shiba Inu dog, but they’re more often made as a prank or inside joke than as a legitimate digital product. While Dogecoin was established in December 2013, Ryoshi, an unidentified individual or group, invented Shiba Inu in August 2020.

Meme coins are a sort of cryptocurrency, however, there is one significant distinction between cryptocurrencies and meme coins, and that difference is mostly the aim.

Bitcoin and Ethereum, two major cryptocurrencies, were created to answer real-world issues. The ultimate objective is for it to be widely accepted by merchants, resulting in the creation of a new kind of decentralized currency that will revolutionize a range of sectors.

Meme coins, on the other hand, currently serve no real-world use, and the majority of them were established for profit. Many investors sell quickly once their prices rise in order to earn a rapid profit. Because meme coins now have no practical utility.

When Dogecoin originally appeared in 2013, it was thought to be a prank. No one imagined this coin could be anything other than a meme, even in their wildest imaginations. Doge is now worth $100,000 if you purchased it for $1,000 last year. Consider those who bought Dogecoin in 2013 because they thought it was a joke (or simply for fun).

If you put more than $1,000 into it, you’ll get a better return. Doge has proven to be one of the most profitable cryptocurrencies in history, and it is still bringing money to individuals. This is not a coincidence. Nowadays, investors are pouring money into Meme currencies, with Shiba Inu being the most recent example, reaching an all-time high in November 2021.

Meme coins may have experienced exponential growth in 2021, but trading and investing in meme coins, like other cryptocurrencies, entails significant financial risk.

Meme coin tokenomics might be worrisome. Bitcoin has a deflationary tendency, a blockchain, a well-written whitepaper, and an established ecosystem. In comparison to Bitcoin, most meme currencies are inflationary and have no limit on supply. The community’s collective humour frequently determines its ecology, use cases, and basics. Only a handful of meme coins have been created using major cryptocurrency technologies. DOGE, for example, got its technology from Litecoin (LTC), whereas SHIB was constructed on the Ethereum network.

As the meme coin market grows, you should be cautious that certain projects may try to take advantage of the enthusiasm to defraud traders. For example, in only one week, Squid Game (SQUID), a meme currency based on the famous Netflix program of the same name, increased by almost 86,000%. The development team, on the other hand, immediately rug-pulled, causing the price to collapse by 99%. Worse, holders have been barred from selling their SQUID tokens.

The growing popularity of meme tokens and dogecoins is being fueled in part by social media. Elon Musk is one of the market factors that has frequently been indirectly impacting the price fluctuations of DOGE and Floki Inu (FLOKI) via erratic Twitter updates.

Such an attitude might be immensely destructive to cryptocurrencies in the long term. This might reverse the industry’s overall trajectory toward pushing the financial world towards an even more gloomy future.

Nonetheless, new meme tokens and dog coins join the market on a daily basis, and regular investors tend to purchase them with the aim of replicating the profits made by DODGE and SHIB in the past. In fact, the excitement around dogecoins has developed to the point that it is apparently driving demand for genuine dogs.

Are They Worth the Investment?

Even the most experienced investors face ups and downs while investing in meme coins. However, by finding out and implementing the proper knowledge, one may limit the dangers while maximizing profits. There are thousands of meme currencies to choose from, and the vast majority of them are frauds. As a result, in order to compete in this market, you must be at your best.

The reality is that diamonds may be found amid stones; you simply have to know where to look and how to look. These particular meme coins have the potential to create 1000 for early investors.

Before investing in any meme currency, spend some time researching the token’s community to learn about the creators’ priorities. Do they have a long-term plan for community building and long-term growth? Are they more interested in raising the price and pressuring consumers to buy? The former is a positive thing, whilst the latter is a warning sign. Additionally, it would be helpful if you could find out whether the initiative has a whitepaper outlining its true goal and objective.

With new meme currencies hitting the market every day and traders seeking to emulate DOGE and SHIB’s earnings, it is crucial to DYOR before investing in any meme currency. Remember that meme coins are quite volatile compared to other digital currencies. Trading or investing in cryptocurrency is fraught with danger. Meme coins are heavily community-driven and may fall abruptly, so never invest money you can’t afford to lose.