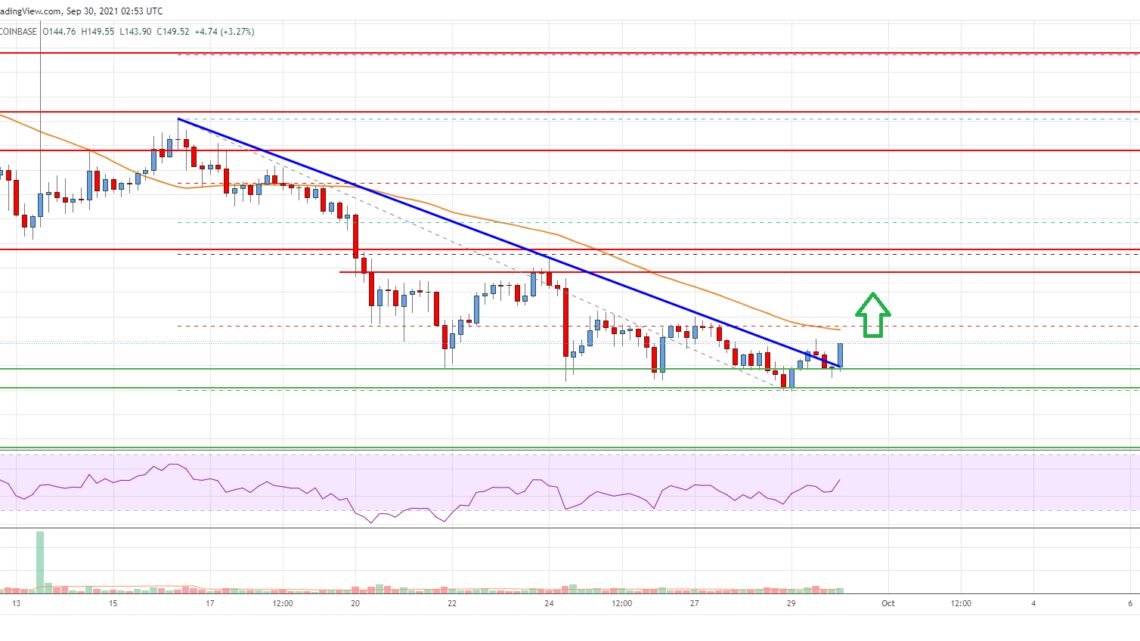 Litecoin price is recovering losses from $140 against the US Dollar, similar to bitcoin. LTC price could continue higher if it clears $155 and $160.

This week, there was a major decline in bitcoin, ethereum, ripple, and litecoin against the US Dollar. LTC broke many supports near $160 to enter a bearish zone.

There was also a break below the $155 level and the 55 simple moving average (4-hours). It tested the $140 zone and it is now attempting an upside correction. The price is back above the $145 level. There was a break above a key bearish trend line with resistance near $148 on the 4-hours chart of the LTC/USD pair.

Looking at the chart, litecoin price is clearly trading below $160 and the 55 simple moving average (4-hours). Overall, the price must move above the $155 resistance to start a decent recovery in the near term.

4 hours MACD – The MACD for LTC/USD is now gaining pace in the bullish zone.

4 hours RSI (Relative Strength Index) – The RSI for LTC/USD is just above the 50 level.

Elon Musk throws another dig at Jeff Bezos' approach to space: 'You cannot sue your way to the moon'

Two trades could suffer if the U.S. dollar keeps climbing from its 2021 peak
Technology