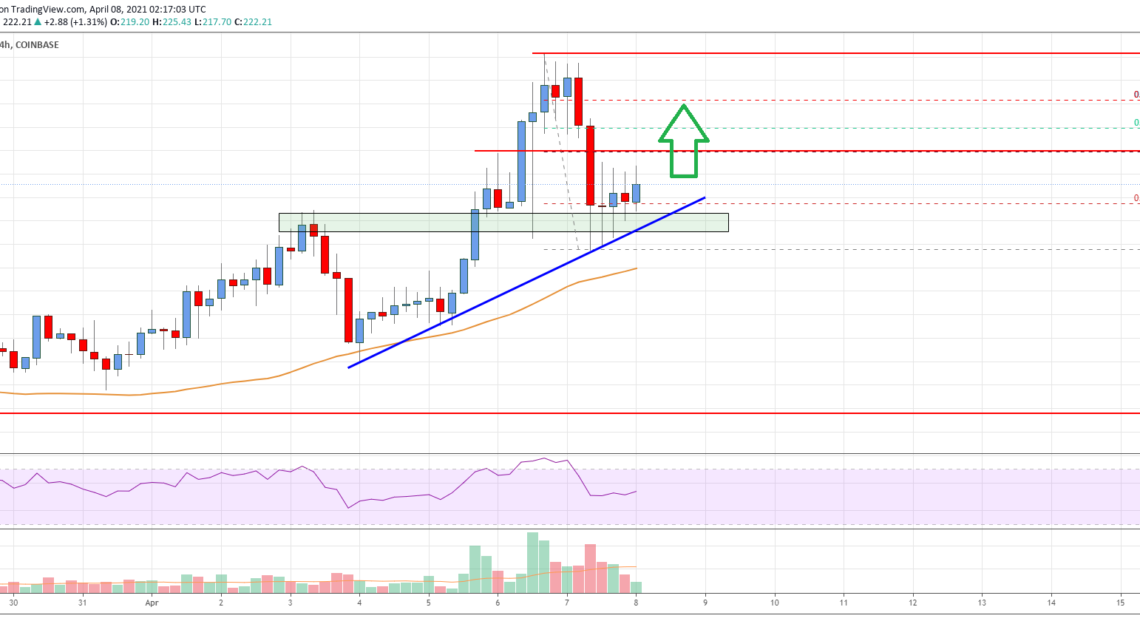 Litecoin price is showing positive signs above $212 against the US Dollar, while bitcoin is declining. LTC price could rally above $225 as long as it is above $205.

This week, there was a decent upward move in bitcoin, Ethereum, ripple, and litecoin against the US Dollar. Earlier, LTC formed a support base above the $192 and $195 levels to start the current increase.

There is also a major bullish trend line forming with support near $212 on the 4-hours chart of the LTC/USD pair. On the upside, an immediate resistance is near the $228 level.

Conversely, there is a risk of a bearish wave below the $212 support zone. The main support stands at $205 and the 55 simple moving average (4-hours), below which the price might dive to $185.

Looking at the chart, litecoin price is now trading well above $200 and the 55 simple moving average (4-hours). Overall, the price is likely to continue higher as long as there is no daily close below the $205 zone.

4 hours MACD – The MACD for LTC/USD is slowly gaining pace in the bullish zone.

4 hours RSI (Relative Strength Index) – The RSI for LTC/USD is now just above the 50 level.