Elon Musk, the second-richest man in the world, has restated his support for the Shiba Inu-inspired meme cryptocurrency Dogecoin. This time, Musk is backing a new proposal that will significantly improve the coin’s fee policy.

Musk has become popular in crypto circles for actively endorsing Dogecoin via his tweets. Mid-May, the billionaire Tesla/SpaceX CEO announced that he was working with Dogecoin developers to improve the network’s transaction efficiency. It appears that the developers are making headway in improving the crypto project.

The latest fee proposal that Musk has supported was published on Github by Patrick Lodder, the co-founder and CEO of Liberate, Inc. Lodder indicates that the mandatory fee of 1 DOGE deters on-chain transaction activity. He notes that although making transactions on the Dogecoin blockchain used to be 10 times cheaper than on Litecoin, it is presently five times more costly.

“This proposal to all Dogecoin stakeholders suggests to reduce average fees 100x for standard transactions on the Dogecoin chain, split full control over all aspects of fees between miners and node operators, rely less on core development, and bring back a functional (small) free transaction space that incentivizes keeping the network healthy.”

In other words, he is proposing the average transaction fee be reduced to just 0.01 DOGE per transaction. This will make Dogecoin a viable payment option.

Dogecoin Can Beat Bitcoin ‘Hands Down’ If It Scales: Musk

Musk, who has jokingly declared himself the Dogefather, earlier declared that Dogecoin will win against bitcoin if key network changes are implemented.

One of the reasons the unconventional CEO has been evangelizing Dogecoin is that he thinks it can become more eco-friendly than bitcoin. Last month, Tesla terminated bitcoin payments on the grounds of its massive carbon footprint, driving down the price of the flagship crypto and the crypto market at large. 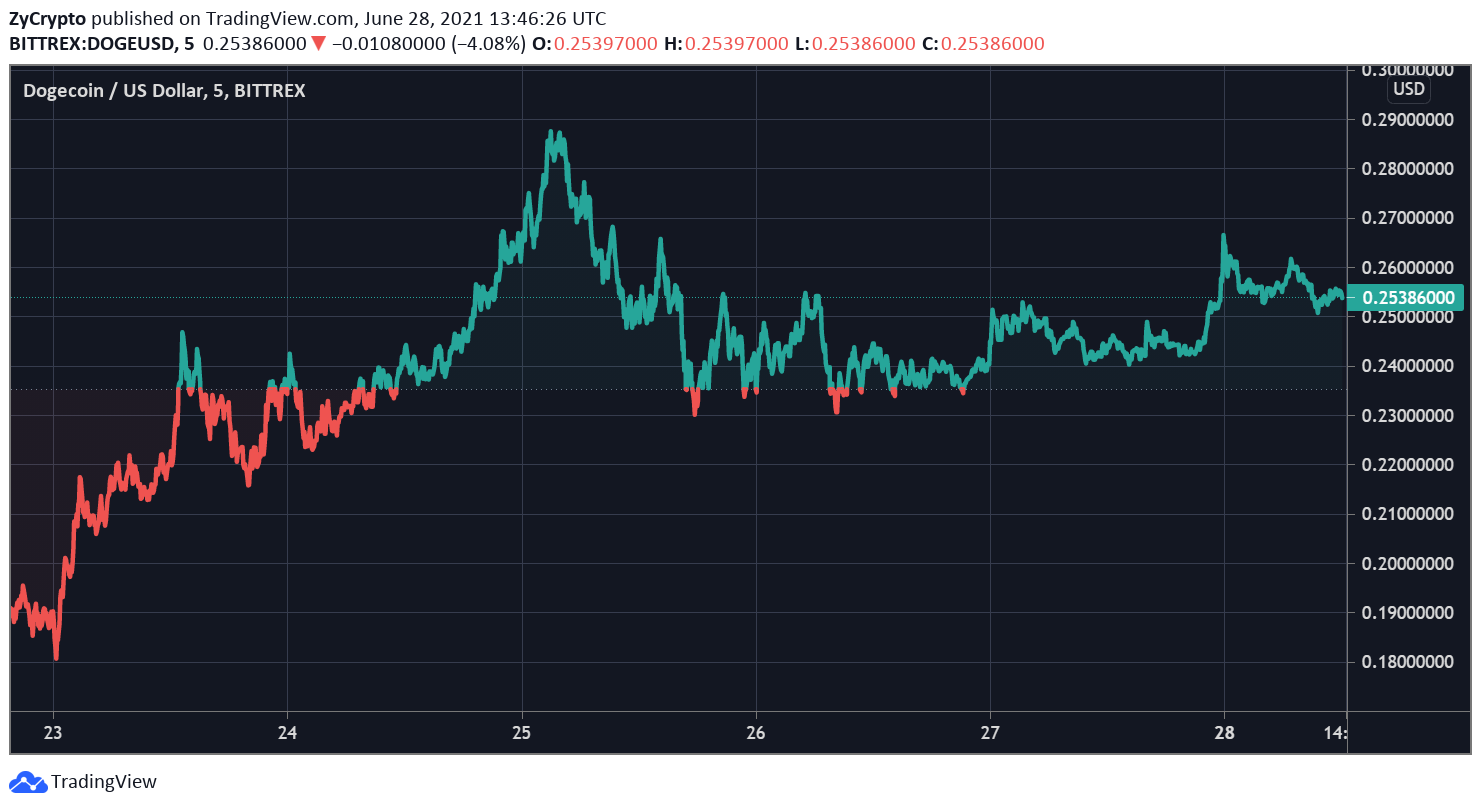 Dogecoin is currently the sixth-largest cryptocurrency despite dropping from $0.75 highs in May to as low as $0.18 earlier this month. Notably, the meme coin’s improvement proposals have also garnered the support of Cardano creator Charles Hoskinson who postulated that Dogecoin has a lot of potentials and is a solid project for someone to fix up.

The ball is in your court, Elon.