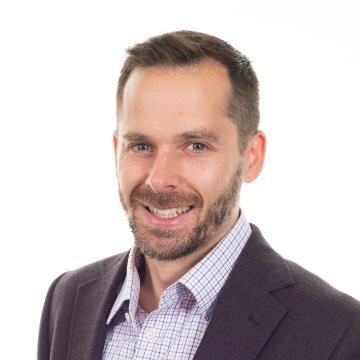 Julian Elliot, an industry veteran with nearly two decades of experience in the financial sector, recently announced his departure from Gold-i. Elliot left the position of Gold-i’s Chief Commercial Officer (CCO) after spending more than 11 years at the company.

During his time at Gold-i, Elliot made significant progress. He started as an Operations Manager in 2010. Elliot became Operations Director in 2016. He was promoted to the role of Chief Commercial Officer in 2018.

Previously, he worked as QA Lead at Princeton Financial Systems and at HFC Bank as Test Analyst. He expressed his sadness on the recent departure and thanked Tom Higgins, CEO of Gold-i, for his support.

“It is with a tinge of sadness that I announce today is my last day at Gold-i. It has been an amazing 11 years helping the company grow from a start-up to a multi-national SME, but I feel the time has come to start a new adventure in my professional career. I would like to thank Tom Higgins for all the opportunities he has given me,” Elliot said.

Higgins also praised Elliot’s contribution to the company’s success. “Julian has been an absolute star and I wish him the best in the next stage of his career,” he commented.

During the last 10 years, Gold-i saw significant growth amid a jump in demand for its services. The company also expanded its crypto offering in 2021. “I am really proud to be leaving the company in a very healthy financial position with an array of new and exciting revenue streams and I wish Tom and the whole team at Gold-i all the best for the future,” Elliot added.

As part of the company’s growth strategy, Gold-i promoted two employees to newly created roles in September 2021. Gold-i promoted Ashar Akhtar to the Head of Development, while the company appointed Alshanteer as Product Delivery Manager.

Tragic little girl, 2, 'dies from alcohol poisoning after dad comes home to find her unconscious next to comatose mum’