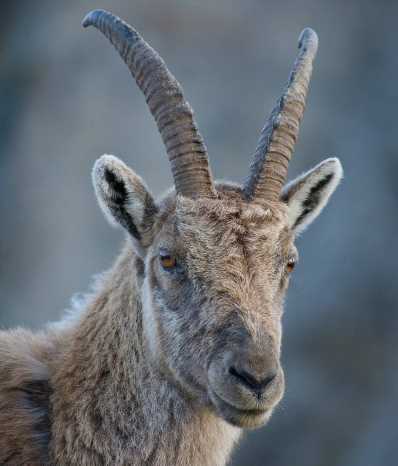 The mystery of the Chivo wallet persists. And Bitso comes into the picture as part of a more credible report confirmed through official channels. It seems like NewsBTC was right to doubt Forbes’s article about BitGo being behind the Chivo wallet.  This Reuters report, on the other hand, comes with specific information and quotes confirming the news. For example:

“We are looking forward to working with El Salvador in an initiative that will transform payment structures and increase financial inclusion in the country,” said Santiago Alvarado, vice-president of Bitso for Business.

Even that could be considered evasive, it doesn’t refer to the Chivo wallet specifically. This chunky bit of information, on the other hand, leaves little to the imagination.

“Bitso said it will work with Silvergate Bank, a U.S. federally-regulated and California state-chartered bank, to facilitate transactions in U.S. dollars.”

El Salvador made history by becoming the first country to make Bitcoin legal tender, and today, we’re proud to announce that Bitso is committed to building and developing El Salvador’s vision of Bitcoin by being the core crypto-service provider for Chivo.
Let’s #MakeCryptoUseful https://t.co/2rrTNDdXab

If Bitso Is Behind The Wallet, What’s The Deal With BitGo?

On the other hand, in the BitGo report, the language suggested otherwise. The quote from BitGo’s CEO was non-comital and it all sounded like a paid press release. NewsBTC questioned:

“The most worrying sentence, however, is “Forbes has learned El Salvador appears to have tapped…” They’re not committing to anything here. It “appears” this way, but nothing is certain.”

However, could both companies be involved? Reuters says Bitso will be “the core service provider for Chivo.” Forbes said that BitGo would “provide Chivo’s wallet infrastructure and security platform.” Are both of these statements contradictory? Or are both of these giant companies behind the controversial Chivo wallet?

A funny detail is that Bitso’s name was present in the leak of the Chivo wallet’s architecture that our sister site Bitcoinist reported on. BitGo’s name wasn’t. And Athena was at the center of the whole operation. Still, it’s a funny detail.

One thing’s for sure, Strike seems to be completely out of the picture. In a recent Twitter thread, Strike’s CEO Jack Mallers clearly said “Strike has no business relationship with Chivo wallet or any of their ATMs.”

All that was needed was interoperability with the #Bitcoin network.

Strike has no business relationship with @chivowallet or any of their ATMs.

We simply both integrated and operate on top of the same, singular, payment standard that is #Bitcoin and the Lightning Network.

Mallers seems to be perfectly fine with the situation. “With the Bitcoin network, there is one singular, open standard for the world,” he says later on in the thread. Remittances Are The Key

In the days prior to the Bitcoin Law coming into effect, Bitcoinist quoted the executive president of the Central American Bank for Economic Integration, Dante Mossi. He said their eyes were on remittances and that:

“Guatemala, Honduras and El Salvador are the countries that would have the most to gain if the adoption of bitcoin lowered the cost of sending remittances.” All countries in his organization’s area of influence.

Instead of focusing on how much Salvadorans are going to get back, a recent report about how much Western Union is going to lose with El Salvador’s Bitcoin move recently made the news. About it, Bitcoinist said:

“With bitcoin though, the middleman, in this case, Western Union and the likes, are completely removed from the process. The funds sent go directly to the recipient without the need for a processing fee to a third party. It is estimated that these remittance companies are set to lose about $400 million a year when remittances are routed through bitcoin instead.”

As it turns out, remittances are Bitso ’s specialty. The company processed “more than $1.2 billion in remittances between the United States and Mexico in 2020.” In the article, Reuters quotes Santiago Alvarado again:

“As the leading crypto exchange in the region, we are thrilled to bring our experience in remittances and in secure and low-friction financial services to Salvadorans.”

So, this all makes sense. Still, the mystery of the Chivo wallet continues.