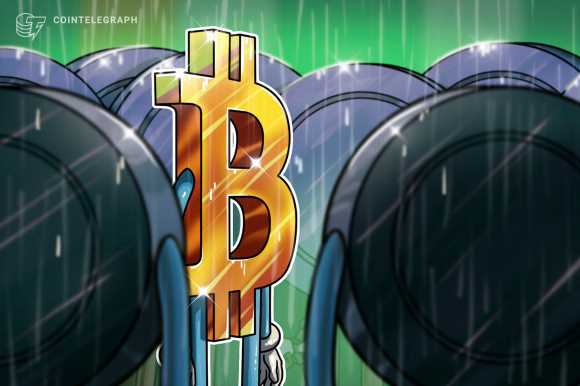 India to have a ‘window’ for Bitcoin, says minister amid crypto ban FUD

The Minister of Finance of India, Nirmala Sitharaman, has given a ray of hope for the Indian cryptocurrency community, as more fear, uncertainty and doubt circulate regarding a supposedly impending ban on digital assets.

In a March 13 interview with India Today, Sitharaman emphasized that the ministry does not plan to shut off India innovations associated with Bitcoin (BTC) and its underlying blockchain technology.

“From our side, we are very clear that we are not shutting all options off. We will allow certain windows for people use, so that experiments on the blockchain, bitcoins or cryptocurrency. […] and fintech, which depend on such experiments, will have that window available for them. We are not going to shut it off,” she said.

Sitharaman said that the ministry is finalizing a Cabinet note on crypto as India continues formulating its official stance on the asset class. “It is nearing completion, and then it will be taken to the Cabinet. The Supreme Court had commented on cryptocurrency. We are very clear that the Reserve Bank of India will take a call on an official cryptocurrency,” she said.

After India’s supreme court lifted a crypto banking ban one year ago, reports of a new ban started circulating in early 2021. In February, another anonymous Indian official claimed that the government was about to introduce a complete ban on crypto, giving investors up to six months to liquidate their holdings.

On Sunday, Reuters published a report citing an anonymous senior government official who claimed that India is preparing to enforce a blanket ban on crypto and impose major penalties on rule-breakers. As part of an alleged bill, India is planning to criminalize “possession, issuance, mining, trading and transferring crypto-assets,” the source claimed.

Despite reports of a ban from anonymous sources continuing to surface, Sitharaman said in early March that the ministry wants to form a “calibrated” stance on digital assets.

Nischal Shetty, the founder of local crypto exchange WazirX, seemed optimistic about Sitharaman’s comments in a tweet, stating that it is time for the Indian crypto community to build.

The RBI and the Ministry of Finance did not immediately respond to Cointelegraph’s request for comment.