Eagle-eyed investors are constantly seeking financial instruments that have the potential to generate high returns. Sometimes their investment hopes go up in smoke, alas.

Experienced traders will have noticed how the medical marijuana market has exploded – in 2017 record growth for the legal cannabis industry saw total economic output reach $16 billion last year – and could well be tempted to invest.

The upward trend is expected to continue, with significant further growth projected in the coming years, as legalisation of medical marijuana around the world gradually becomes more widespread.

Indeed, the global legal cannabis market, led by growth in North America and Europe in particular, is forecast to hit $57 billion by 2027, according to Arcview Market Research and BDS Analytics.

Public opinion on medical marijuana is changing, and more people are convinced it should be considered as a viable option for safe and effective pain management. This is partly thanks to a vast amount of detailed and extensive research in this area that has reassured citizens and politicians alike.

Recent breakthrough legislation reflects this greater acceptance. The indications are that the favourable stances on marijuana production and sales taken in Canada and America mean it is likely other countries – including the UK, Germany, Italy, and France – could follow their lead. Legal cannabis sales in North America grew by an unprecedented 30 per cent in 2016, and then 33 per cent last year, leading analytical research reveals. 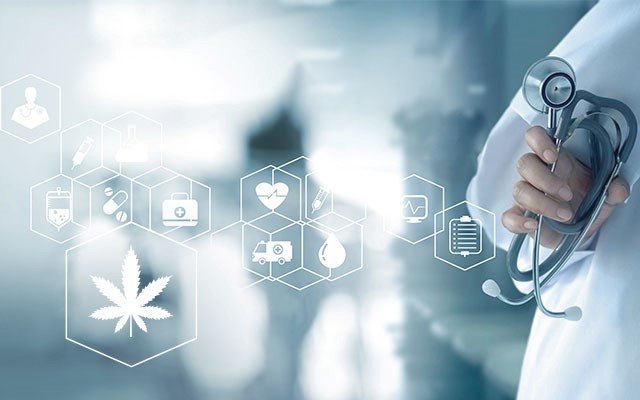 A cluster of licensed North American organisations have already been able to expand globally in a short timescale. They have started to export cannabis products worldwide as well as begun to establish production contracts in Europe, South America, Asia, Africa, and Australasia. In addition, the cannabis industry has proven itself to be a financial boon for governments, by generating both new jobs and tax revenue.

Further expansion in the industry appears imminent, meaning that now could be the perfect time to open a buy position and invest in medical marijuana, well before it reaches its sizeable potential, as predicted by various analysts.

But how to gain exposure to one of the most intriguing fields in modern biotechnology? From September 17 you can invest using a unique investment strategy, which groups together many leading organisations in the cannabis industry. The CannabisCare CopyPortfolio groups together stocks from many of the leading North American companies in this space.

Earlier this year eToro chief executive Yoni Assia said: “We are looking at an interesting industry emerging in the public sector: cannabis.” Now it has happened. His organisation has a reputation for being pioneering, and once again eToro is attempting to make trading as straightforward as possible, and offering attractive financial instruments.

Note that once the CannabisCare CopyPortfolio has reached 1,000 investors on any day, eToro will close the portfolio for new investments at 23:59 GMT on that day. And with luck those who back medical marijuana will enjoy success.

This is not investment advice. Past performance is not an indication of future results. Your capital is at risk.

What is Digga D's net worth?