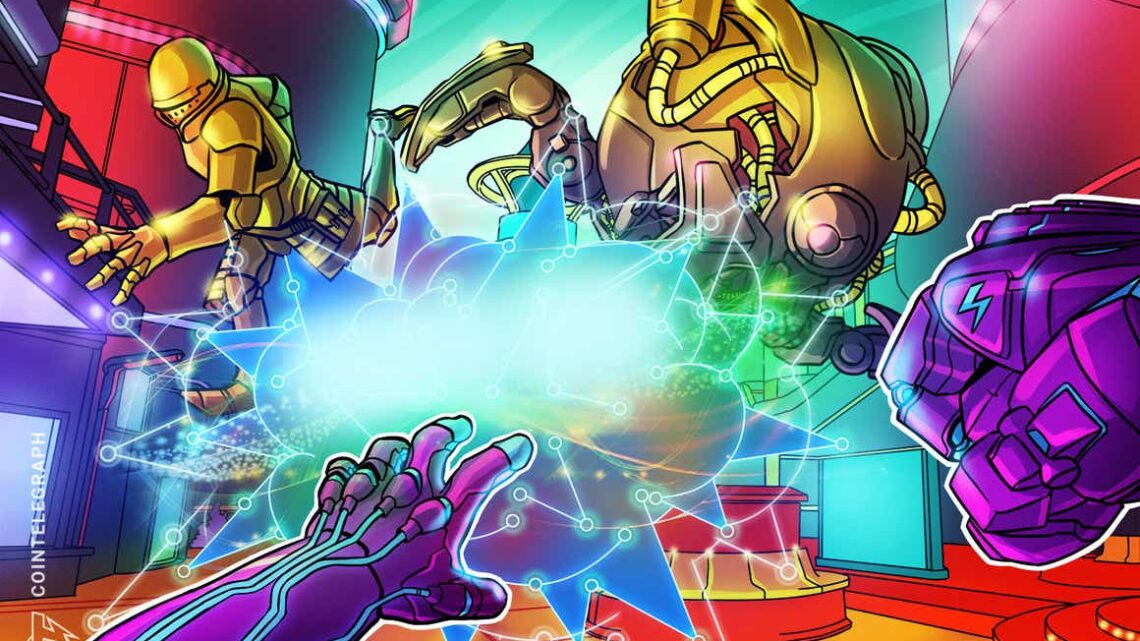 The number of crypto wallets participating in blockchain games has surged in recent months according to new research.

According to DappRadar’s Q3 ‘Blockchain Game Report’, unique active wallets connected to gaming decentralized applications reached a total of 754,000 for the period. This represents almost half of the industry’s activity with the blockchain industry registering 1.54 million daily unique active wallets on average over the three-month period.

The unique active wallet metric refers to unique addresses that interact with a given smart contract, so it does not necessarily translate to daily active users.

The increase in gaming activity has been largely driven by the play-to-earn movement and in-game nonfungible tokens. These in-game NFT collectibles generated $2.32 billion in sales during Q3, the research stated, adding that this represents 22% of the total NFT trading volume for the period:

“In the midst of all the euphoria around Ethereum collections like CryptoPunks and Bored Ape Yacht Club (BAYC), the role that NFT in-game items played, may be overlooked.”

Around $10.67 billion in trading volume was recorded for the NFT space from July to September, an increase of just over 700% from the previous quarter.

The Axie Infinity metaverse has been one of the major driving forces for blockchain gaming. Players collect and raise “Axies” which are virtual creatures that can be used in player-versus-environment (PvE) and player versus player (PvP) battles in the game.

Axie Infinity amassed $2.08 billion in trading volume in Q3 and has currently hit $2.55 billion in total volume. DappRadar reports that there have been more than 6.7 million sales to date, and the current 24-hour volume is $15.2 million.

NFT tracker CryptoSlam lists Axie Infinity as the top-selling collection by sales volume over the past 30 days with $504 million.

Related: The Metaverse, play-to-earn and the new economic model of gaming

In late September, Axie Infinity enabled staking for its native AXS token which adds an additional layer of passive income on top of Axie’s play-to-earn potential. The move ignited AXS trading and drove prices to an all-time high of $155 on Oct. 4. The token has gained 743% over the past three months.

The Guild has been actively adding play-to-earn games to its growing ecosystem recently including Thetan Arena, CyBall, Influence, Merit Circle, and Star Atlas so far this month alone.