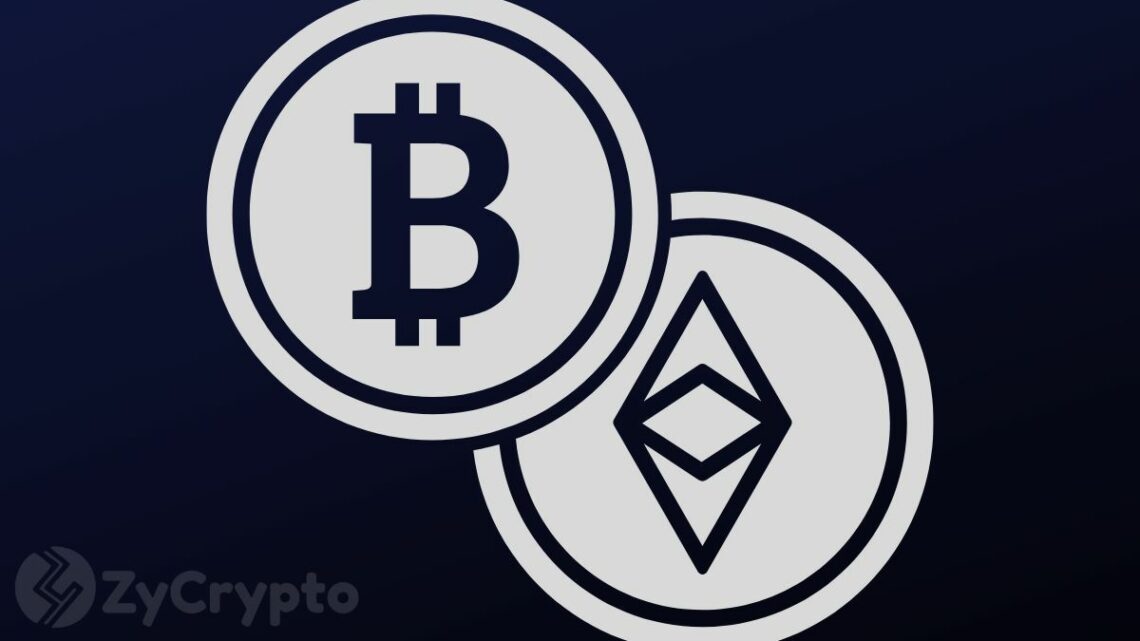 Co-head at Galaxy Digital Trading Jason Urban believes that the Bitcoin flippening could be possible over the next couple of years. The executive said this as he discussed the growing institutional adoption of crypto and blockchain technology.

In the last couple of weeks, Ethereum, like Bitcoin, has started to show some tenacity again. While it is yet to recoup its losses for the year, it is not too far away and has consistently outperformed Bitcoin as it journeys there, as has been previously reported by ZyCrypto.

The renewed interest in the most used blockchain stems from the coming Ethereum merge. The merge promises to usher users into Ethereum 2.0 to transform the network into a more scalable and energy-efficient Proof-of-Stake (PoS) model by merging it with the Beacon chain.

Talks of flippening are not new amongst altcoin enthusiasts. Following recent price trends and the ranging of Bitcoin’s market dominance, it is no surprise that talks of a flippening are coming up again. According to data from Messari, Bitcoin’s market dominance currently stands at 41.49%, while that of Ethereum is at 19.78%. For Bitcoin, that is a 22.89% drop in the last year, while Ether’s dominance has grown by 68.59%.

Speaking with Kitco News on the growing institutional adoption of crypto at the Bitcoin 2022 conference, co-head at Galaxy Digital Trading, Jason Urban, gave his thoughts on the possibility of the flippening. Urban revealed that he believed it would happen eventually. However, Urban does not see it playing out in the short term; according to the executive, the fastest pace for the flippening would see it happen “in the next two to three years.”

Urban discloses in his interview that the merge would be a significant point in the journey towards the flippening. According to the executive, the added scalability and energy efficiency could see more institutional inflow into Ethereum than Bitcoin in the long run.

During Urban’s interview with Kitco, the executive also talked extensively about where the nascent market was in terms of institutional adoption. He noted that institutional adoption in the crypto space was in its “second inning,” adding, “now we are seeing people really afraid of missing out.”

He said that in the past, delving into the crypto space was seen as a risk for institutions; now, it is seen as a risk not to get involved, as people continue to recognize the value and see their competitors jump into the space. Urban believes that the institutional adoption of crypto today is now at 15%.

The issue of institutional adoption is something that the Galaxy Digital Trading executive would know about as the firm continues to provide crypto exposure for TradFi companies. Speaking on the firm providing exposure to Ethereum for Goldman Sachs and the drive for the demand, Urban said, “As people become educated in the space and they understand what the value proposition of crypto is they start to understand the power of smart contracts that layer one that so many brilliant minds can build on. Ethereum is the copper, Bitcoin is the digital gold.”