Forex Hub London is Tough to Replace, Even After Brexit

The United Kingdom has finally left the European Union as 2021 kicked in. Though the two parties managed to agree on a deal after years of negotiations, it left one of Britain’s most crucial industries: financial services.

The exit of Britain from the now-27 country bloc has ended the so-called ‘passporting’ of licenses most of the London-based forex brokers were using to offer services to European clients. This termination turned out to be a major blow to the industry.

Though undesired, the long transition of the UK’s exit has provided the companies more than enough time to prepare for the transition of their operations, the uncertainty of a no-deal Brexit (what have happened in the case of financial services), have already made a dent in the industry. 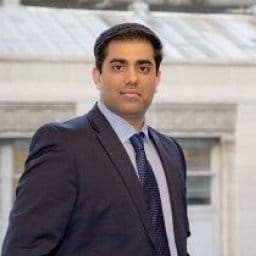 “The industry has been very well aware of the consequences of Brexit and is already prepared for the transition,” Faizan Anees, co-founder and managing director of ThinkMarkets told Finance Magnates. “Companies have moved offices, headquarters, staff, away from London and established a presence in well developed as well as a few new regulatory destinations across the EU.”

Indeed, many London-based forex brokers have already taken action for their operations even before the deal was announced on Christmas eve. While many top brokerages have approached European regulators to gain licenses in the bloc, several have decided to terminate their European operations.

Anees pointed out that the impact is mainly on the operational side, and the move should be rather technical for most brokerages operating in the European Union.

Brokers Setting Up Shop in Europe

Yes, to continue serving the European clients, brokers first needed a license from an equivalent financial market regulator in the bloc and then migrate the clients’ accounts from London to the European base. Many brokers have taken this path.

Interactive Brokers, which was to service its European clients from its London hub, opened up two new entities in Europe, one in Hungry and the other in Ireland, and migrated the European accounts to the new platforms.

Brokers like OANDA formed an entity in Malta while IG made Germany is new European base. Cyprus is still the leading jurisdiction in attracting forex brokers, mostly because the island emerged as a hub with friendly regulations.

“There is little competition to Cyprus, but we have seen some companies choose different venues across the EU like Hungary, Malta, Luxembourg, The Netherlands, and Germany,” Anees added. “The most cost-effective entry into the EU market continues to be Cyprus for the time being due to its rich talent pool, business-friendly environment, and established regulator.”

While it was just another part of the business for big brokerages, the situation was not the same for smaller ones. Many London-based brokerages quit the European operations as setting up a new operational hub was not a viable solution. 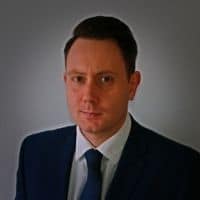 “Brokers have to balance the client base they are targeting versus the operational and legal costs to operate in that region,” Jon Light, Devexperts’ vice president of trading solutions explained.

Despite the brokers flocking towards the Mediterranean island, it is to be seen how the mainland regulators treat them. Most recently, Germany’s BaFIN highlighted the regulatory violations by Cypriot companies and the local regulator’s blind eye towards them.

Overall, Brexit has hampered London’s dominance of being a financial services hub and the first choice of forex brokers Entering European markets. The UK government is now urgently pushing to come up with an agreement with its EU counterpart by March on financial services.

“Regardless of whether brokerage companies’ operations have been affected or not, London’s strength as Europe’s financial center has diminished somewhat. While the doom and gloom which many predicted back in 2016 didn’t quite materialize, the environment has certainly changed,” Anees said.

Though many European cities are luring the companies, it will be tough to replace London. As Light pointed out, London is not only a European FX hub but a global hub.

“At an institutional level firms have their people, networks, and systems in London, which are all interconnected with each other. You can’t just pick it up and move it without a series of problems including access to liquidity, latency, infrastructure, a trusted legal framework, and access to experienced resources,” he said.

“Towards the end of 2020, you saw a lot of brokers initiating their contingency plans, opening operations and getting licenses across many different countries in the EU to enable them to continue to operate and serve those clients, but it’s unlikely you will see a mass exodus of brokers leaving London as it still remains an attractive place to be and an important license to have.”