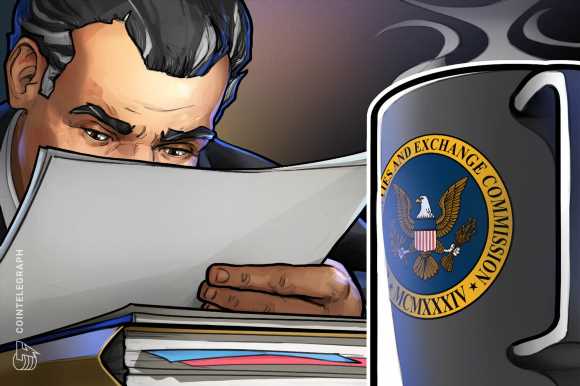 The founder of a multi-million crypto Ponzi scheme has escaped paying a $4.5 million penalty to the U.S. Securities and Exchange Commission.

On March 23, the U.S District Court of Southern Florida initially ordered Jose Angel Aman to pay the SEC more than $4.2 million in disgorgement, and $300,000 in prejudgement interest. However, the court deemed the bill was satisfied that same day due to restitution paid in a parallel case from 2019.

According to an emergency order obtained by the SEC in May 2019, Florida-based Aman operated three consecutive Ponzi-schemes which made up a “complicated web of fraudulent companies in an effort to continually loot retail investors and perpetuate the Ponzi schemes as well as divert money to himself,” pulling in roughly $30 million from an investor base of more than 300 people based in the U.S, Canada, and Venezuela.

His efforts resulted in a seven-year jail sentence, three year’s supervised release, and an order to pay more than $23.8 million to the SEC in restitution.

Aman was the principle behind Argyle Coin, a crypto Ponzi-scheme he operated alongside Canadian radio host Harold Seigel and his son Jonathan Seigel. The scheme falsely promised a “risk-free” investment that was backed by what the SEC described as “fancy colored diamonds,” with investors being promised exposure to the diamond market.

However, it was later found that Aman was distributing the funds received from new investors to previous backers, misrepresenting the funds as being profits derived from their investments. At the same time, the fraudster was also using his clients’ money on personal expenses including designer-label clothing and horse-riding lessons. The SEC’s complaint noted:

“Aman, Natural Diamonds, Eagle, and Argyle Coin, misused or misappropriated more than $10 million of investor funds to pay other investors their purported returns and for Aman’s personal expenses, including rent on his home, purchases of horses, and riding lessons for his son.”

The latest ruling concerned Aman’s “Natural Diamonds Investment Co”, and under regular circumstances, the Floridian would’ve been required to pay the $4.5 million if it were not prior charges.

As part of the final judgment, Aman is prohibited from partaking in a wide array of violations of securities acts, and securities exchange acts, such as “employ any device, scheme, or artifice to defraud” and “obtain money or property by means of any untrue statement of a material fact.“

Dr. Rachel Levine Becomes First Transgender Official To Be Confirmed By The Senate