Bitcoin Cash [BCH]’s November 15 hard fork is something that fans of the cryptocurrency have been waiting for and seems like the prices have reflected the excitement. 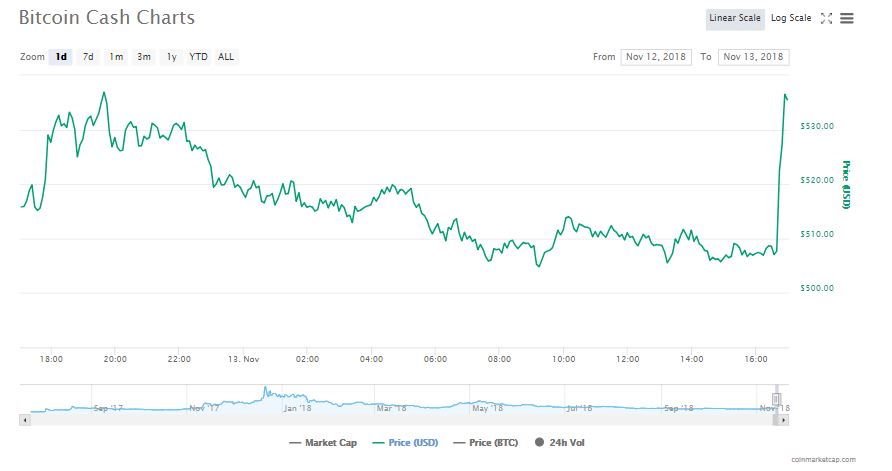 The cryptocurrency exchange had a grasp of $195.167 million, which accounted for 15.83% of the total BCH trade. Coinbit was closely followed by OKEx, which encompassed $88.468 million of the Bitcoin Cash trade volume.

Bitcoin Cash was also in the news recently when Craig Wright aka Faketoshi stated that Bitcoin Cash should adhere to Satoshi Nakamoto’s vision of the cryptocurrency having no block size. He had stated:

“It was added as a temporary measure only because there was no economics in Bitcoin. You couldn’t even buy two pizzas with 50,000 Bitcoin at that stage, really, I mean there were occasional exchanges of silly things like that but the reality was there was no economic value to Bitcoin.”

The nChain official, who has often been ridiculed by a lot of members of the crypto community, had also appeared on an interview with Tone Vays, promoting the upcoming hard fork. He also brought up the topic of the infamous Silk Route during the conversation. He said:

“Adoption didn’t happen because of Silk Road. If you looked at other centralized coins that happened in the 90s and things like this within the first three years, you actually had banks starting to use them; Deutsche Bank was using DigiCash, others were using it. So Silk Road actually killed adoption in Bitcoin. Right now, we would be in a world with probably 500 million people using Bitcoin at least on a daily basis if it wasn’t for Silk Road.”