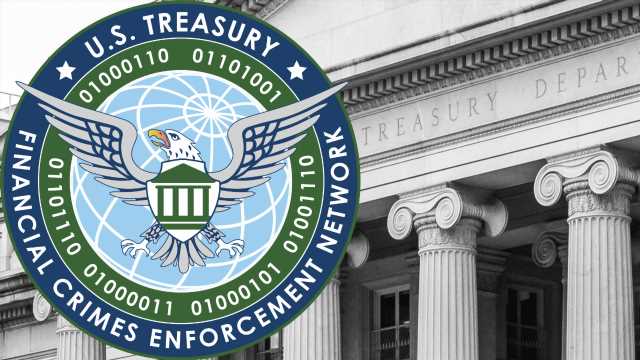 The Financial Crimes Enforcement Network (FinCEN) has named “cybercrime, including relevant cybersecurity and virtual currency considerations” a national priority. In particular, the Treasury is concerned about the “misuse of virtual assets that exploits and undermines their innovative potential, including through laundering of illicit proceeds.”

FinCEN, a bureau of the U.S. Department of the Treasury, published its “Anti-Money Laundering and Countering the Financing of Terrorism National Priorities” last week.

One of the priorities listed is “cybercrime, including relevant cybersecurity and virtual currency considerations.” The document details:

Treasury is particularly concerned about cyber-enabled financial crime, ransomware attacks, and the misuse of virtual assets that exploits and undermines their innovative potential, including through laundering of illicit proceeds.

The document adds that “Countering ransomware has been identified as a top priority for the United States.” Among the strategies developed to combat ransomware attacks is “enabling rapid tracing and interdiction of virtual currency proceeds,” the document notes.

FinCEN wrote that convertible virtual currencies (CVCs) “have grown as the currency of preference in a wide variety of online illicit activity.”

The bureau detailed: “Criminals use a number of techniques to obscure the source of illicit funds when conducting transactions involving CVCs, including the use of mixers and tumblers.”

In June, President Joe Biden issued a directive to federal agencies to prioritize efforts to confront global anti-corruption, and cryptocurrency was a focus. The Biden administration also unveiled its strategy to combat ransomware that included expanding cryptocurrency analysis to find criminal transactions.