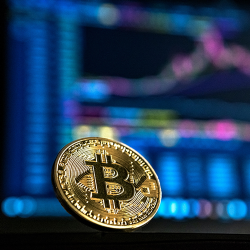 Expert Takes: Bitcoin Climbs Above $40,000 For The First Time

Bitcoin climbed above $40,000 on Thursday for the first time in its history, double the value from a little more than three years ago. Increased demand from institutional, corporate, and more recently retail investors has powered bitcoin’s surge, attracted by the prospect of quick gains in a world of ultra-low yields and negative interest rates.

Below are some industry experts reacting to the latest landmark figure.

“It was only a short time ago that people debated whether Bitcoin could compete or replace gold as a store of value. Now, a number of institutions are actually choosing Bitcoin over gold. In turn, this has created a network effect propelling adoption into escape velocity.

“We should continue to be aware that BTC and other cryptocurrencies are volatile assets. On January 4th, BTC fell by 17% in one day but quickly recovered and has now reached the $40k mark. This is just one of many examples where BTC has recovered quickly from a sharp decline in price, which indicates we are likely just at the beginning of a long-term upwards price trajectory.

“The fact that Bitcoin has broken away from its previously lockstep correlation with the stock market throughout the last few months is also a promising sign. BTC and other cryptocurrencies are basically in their own league at this point in terms of asset classes. Crypto, in general, is so unique in that it can’t fit into a single box. You can use Bitcoin as a replacement to gold as a store of value, but you could also use it as a peer-to-peer transfer of funds, the same way people would traditionally use banks to send and receive fiat. Plus, it is a truly scarce asset by design, with a maximum supply of only 21 million, which makes it a hedge against inflation.”

“Bitcoin smashing through $40,000 proves that the COVID crisis is powerful enough to shift the incumbent monetary order. The new all-time high is palpable evidence of a major social conversion – a metamorphosis from a dollar-dominated economy to blockchain-based, deflationary, and limitless finance.”

Geoff Morphy, President of Bitfarms (TSXV:BITF), one of the largest and most cost-efficient public bitcoin mining operations in the world.

“Bitcoin is the latest evolution of value, thousands of years of shifting representations of currency have led us to this point by way of bartering, gold and beyond.

“Today, individuals and institutions are offered highly sophisticated and technical options which present an alternative to traditional stores of currency and investments which now more than ever, are vulnerable to inflation and devaluation.

“The US$40k mark is the latest in a series of landmarks that act as proof of the trust and confidence that is building in Bitcoin as more and more people are recognizing it as a reliable alternative store of value to that which has been used for generations.

“It is estimated by some that the value of all money in the world is approximately $90 trillion.  The more that people perceive that their assets, particularly their liquid assets such as fiat currencies are eroding in value, the more they will look for alternatives.”

“A Rubicon has been crossed with entirely new categories of institutions and corporate buyers; the retail FOMO cycle is starting again; and this is all coming into a macro environment featuring significant tailwinds in the form of growing inflation expectations. Compared to other macro hedges, bitcoin is not only cheaper but has much more attractive upside potential Just because the price is more than it was doesn’t mean it isn’t still undervalued.”

Bitcoin Tops $40K for First Time, Doubling in Less Than a Month