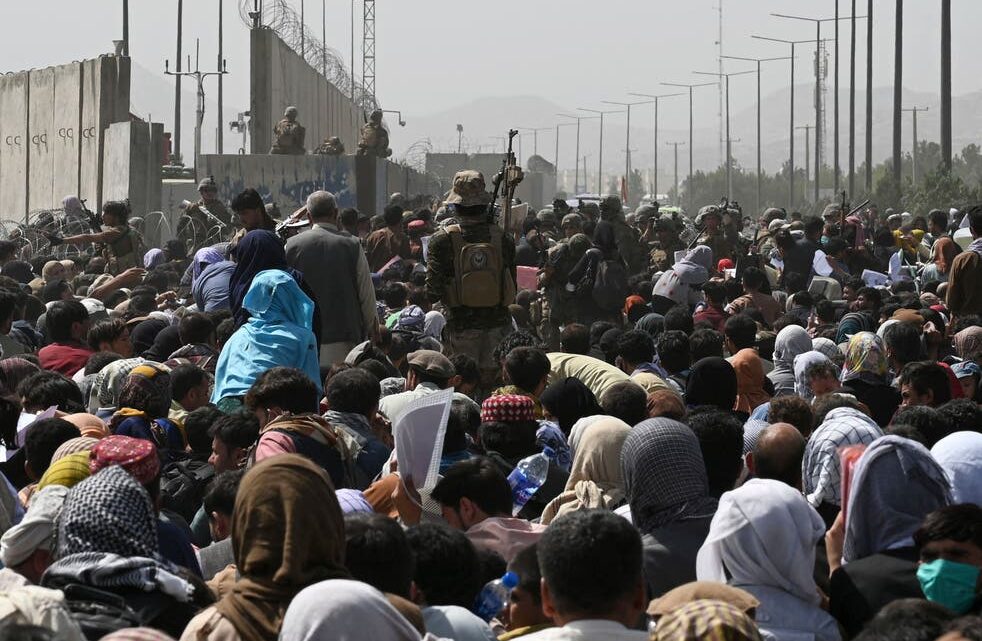 Even Under Taliban Rule and a Failing Economy, I am Blessed With Crypto

As the Taliban has seized control of Afghanistan and prepares to implement a new government, the effects are all-encompassing.

One man, born and raised in Afghanistan, shares his story. He describes the results of Taliban rule, from his own experience, and how the use of emerging technology—through digital assets such as Bitcoin—can alleviate some of the economic burden.

All names and identities have been removed for the protection of the individuals involved.

I vividly remember the day I cursed all the banks operating in my country. My friend and I were desperately going from bank to bank, trying to figure out a way to get paid online. The day before, we had made a decision: we wanted to become freelancers.

I know the geography of Afghanistan quite well. It is a landlocked mountainous country, loaded with bare rocky ridges that traverse throughout. The mountains stretch in all directions, creating gorgeous valleys while making it difficult to make inroads into different regions.

But the world has developed, countless novel technologies have emerged, people have even found their ways to space. Still, the banks in Afghanistan have such a strict set of obligations that over 90% of the population can’t meet them.

As I learned this, I became more disappointed and frustrated. I couldn’t let go of all my dreams so easily. I decided to keep looking, and meanwhile, started my career as a freelance writer.

Within a couple of weeks, I got my first client, a nice gentleman from India. When he figured out I was from Afghanistan, he asked me if I was interested in getting paid in Bitcoin.

It was a watershed moment for me. Bitcoin, a decentralized, permissionless, and borderless asset. It was everything I could ever ask for.

As I was learning Bitcoin, I found myself obsessed with crypto. I came to know Ethereum, then the ecosystem of decentralized finance, and then the immense world of digital assets. I decided to work in the space.

By the grace of crypto, I found new friends from all around the world. Despite living in different jurisdictions, we all shared one common objective: we wanted to be able to connect and interact without the meaningless borders and regulations defined by the governing powers.

Even before getting acquainted with crypto, I somehow knew that the legacy finance dominant here is fundamentally flawed. In the first place, Afghanistan has excessive reliance on physical US dollars.

This is mainly because Afghanistan imports more than it exports, which is rooted in the decades of war and conflict that have destroyed even miniature developments that could have contributed to the growth of domestic production.

With no sustainable sources of growth, Afghanistan has heavily relied on US dollars to defend its currency. Reports reveal that planeloads of US dollars were regularly landing in Kabul, sometimes even on a weekly basis.

Afghanistan’s economy was already struggling with lockdown measures in the wake of the Covid-19 pandemic, decades of war, and the onset of a drought, only to worsen with the upcoming events fueled by the Taliban’s takeover.

Crisis to Pile Up

The already failing economy of Afghanistan has only been deteriorating after the Taliban’s lightning-fast takeover. With an acute shortage of cash, a depreciating currency, and swiftly rising prices of basic goods, recent events have laid out the worst-case scenario for everyone living here.

Dozens of my friends, doctors, university teachers, and staff of the collapsed government, have all been adversely affected. While some are now earning one-tenth of what they used to earn, the majority are not even that lucky. The situation in the private sector is no better, with businesses stalled due to a shortage in cash.

The US and global financial bodies’ backlash further exacerbated my nation’s fragile economy. The U.S. announced that it has frozen over $9 billion of the country’s central bank assets. This prompted American banks to exercise more caution when interacting with their Afghan counterparts.

Subsequently, Western Union and MoneyGram International, two of the world’s largest money transfer companies, suspended their services in Afghanistan. Since remittances from abroad by family members constitute 4% of Afghanistan’s GDP, accounting for around $800 million a year, this suspension would further aggravate the crisis.

The International Monetary Fund (IMF) blocked Afghanistan’s access to its reserve, halting more than $450 million in funds that were set to arrive on August 23.

All of this would stir up uncertainty and erode confidence among Afghans, pushing people into converting their local currencies into US dollars. When banks and local exchanges refuse to convert due to a shortage of cash, people will rush to exchange their currencies for goods — which further pushes their prices up.

Without immediate action, there is the risk of the Afghani currency collapsing, which would be followed by a financial crisis that can inflict even more long-term pain on the people of Afghanistan — and beyond.

As a short-term remedy, the Taliban could get cash injections to defend the local currency — which is quite a challenge considering that the group is recognized as a terrorist organization by most of the world.

The Taliban has imposed many challenges onto the people of Afghanistan. Now, not only our individual freedom, but our economic freedom is swiftly disappearing.

Women can no longer maintain their jobs — they’ve been asked to temporarily stay home. Though, no one knows how long this ‘temporary’ measure will last. Women are also strongly advised to not leave their home without the supervision of a male.

Just like our personal freedom, our economic freedom is quickly disappearing, as many anticipate we’re on the brink of an all-out economic collapse.

Fortunately, developments around technology have provided us with an alternative.

Crypto: A Small Window to Freedom

Digital assets, while no guarantee of freedom, can assist in obtaining some level of freedom. They can be beneficial in bypassing oppressive power structures by offering users 24/7 access to funds in a permissionless manner.

With legacy finance in Afghanistan on the brink of collapse, a vacuum for another system is already felt. Surely, crypto can’t fix Afghanistan, but it suggests an alternative financial system for every Afghan man and woman who has been cut off from the world.

Since the Taliban takeover on August 15, all banks and local exchanges have been closed across the country. People have queued up in front of banks, hoping to withdraw their money in this time of extreme urgency. Yet, it is unclear when the banks will open up again and whether they will have enough resources to pay all depositors.

In this time of great inconvenience, Afghan crypto users have been the least affected. I, for one, have been able to normally continue my financial activities as if nothing has changed. With almost 100% of my portfolio in crypto, inflation is the last thing I need to worry about.

This is also true for other Afghan crypto users. Many Afghan crypto investors and traders are not affected by the recent spike in prices and devaluation of Afghani, since crypto has remained a sure-thing inflation hedge — a guiding light in the dark reality of our economic situation.

There is yet another vital role for crypto inside Afghanistan. With over 200,000 Afghans displaced internally and over 100,000 having left the country with little more than clothes, nonprofit organizations refer to crypto as the most efficient medium to deliver donations now that giant money transfer firms have halted their services in the country.

And while women are currently unable to return to their jobs—jobs which they’ve previously held for years—they too can access digital assets. Such networks do not discriminate like the Taliban. Instead, they empower. They empower women to an alternative means of economic freedom—even when the Taliban are causing the complete opposite.

Crypto can play a constructive role in the lives of many. It can literally save lives. Afghanistan’s tragedy has demonstrated it.

I don’t know how we can fix Afghanistan. But I do know that crypto helps. It provides us with a slice of an important human element that we otherwise do not have: economic freedom.

Never Lose a Trader Again – How to Mitigate Client Churn