Ethereum May Outperform Bitcoin in the Next Bull Run

The past 24 hours have seen the cryptocurrency markets continue their surge, with the entire market cap reaching a high of $240 billion. This has allowed Bitcoin to break above the $8,000 level and Ethereum above the $200 level, with price increases of 6.23% and 4.45% respectively.

Although both coins have been enjoying increases in price action, we can see from the table above that, over the past 30 trading days, Bitcoin has seen a 51% price increase, whereas Ethereum has only seen a 16.48% price increase. This is largely due to the fact that Ethereum has depreciated significantly against Bitcoin over the course of 2019.

According to data from Coinpredictor.io, Bitcoin and Ethereum have a very strong correlation of 0.83. 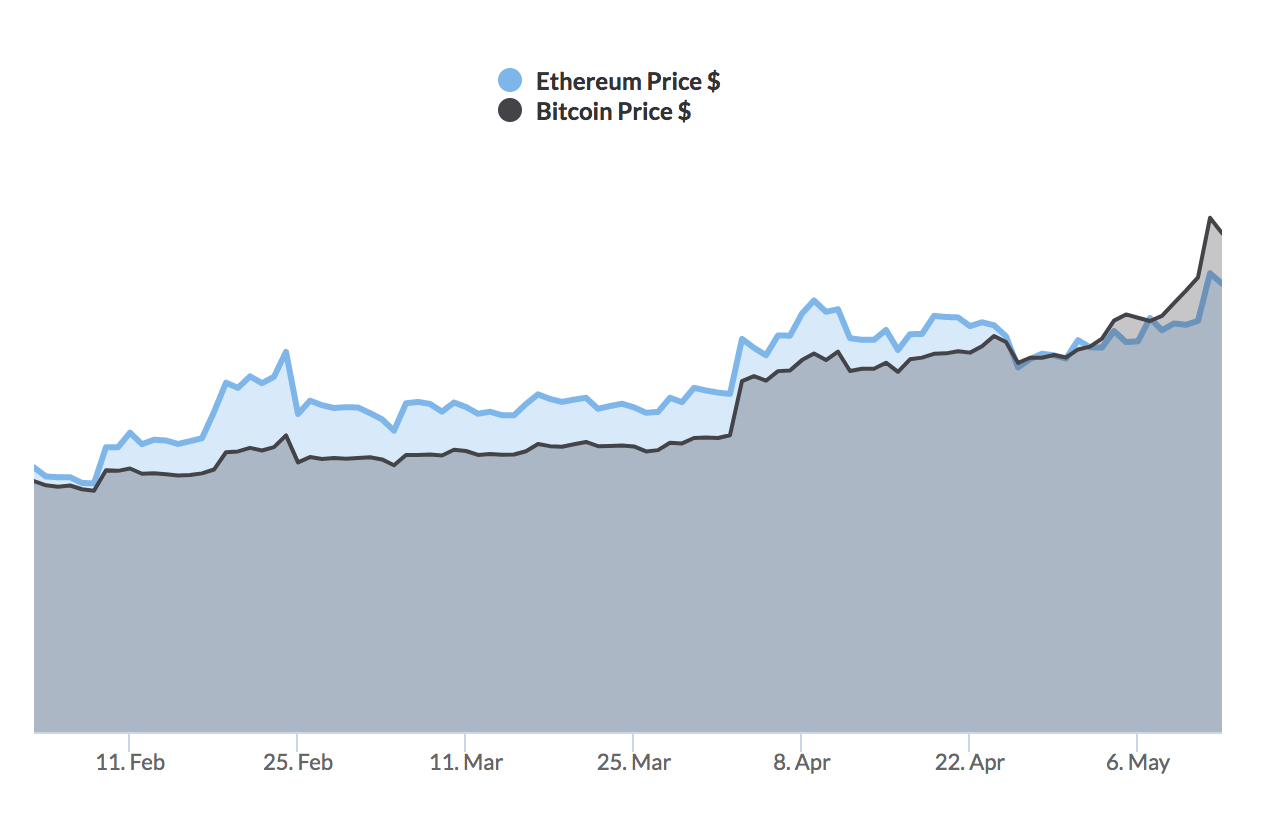 A very strong correlation of 0.83 (1 being a complete correlation), based on the past 100 days’ price fluctuations, implies that Ethereum’s price will increase at a similar rate as Bitcoin’s price increases, meaning they have a very strong positive relationship.

However, the data in this calculation only uses the USD to come up with its correlation. Taking a quick look at the ETH/BTC charts shows that Ethereum has been dropping heavily against Bitcoin over the course of the year. In fact, from the start of 2019, Ethereum has dropped by a total of 41% against Bitcoin. This price drop for Ethereum against Bitcoin can clearly be seen in the chart below; 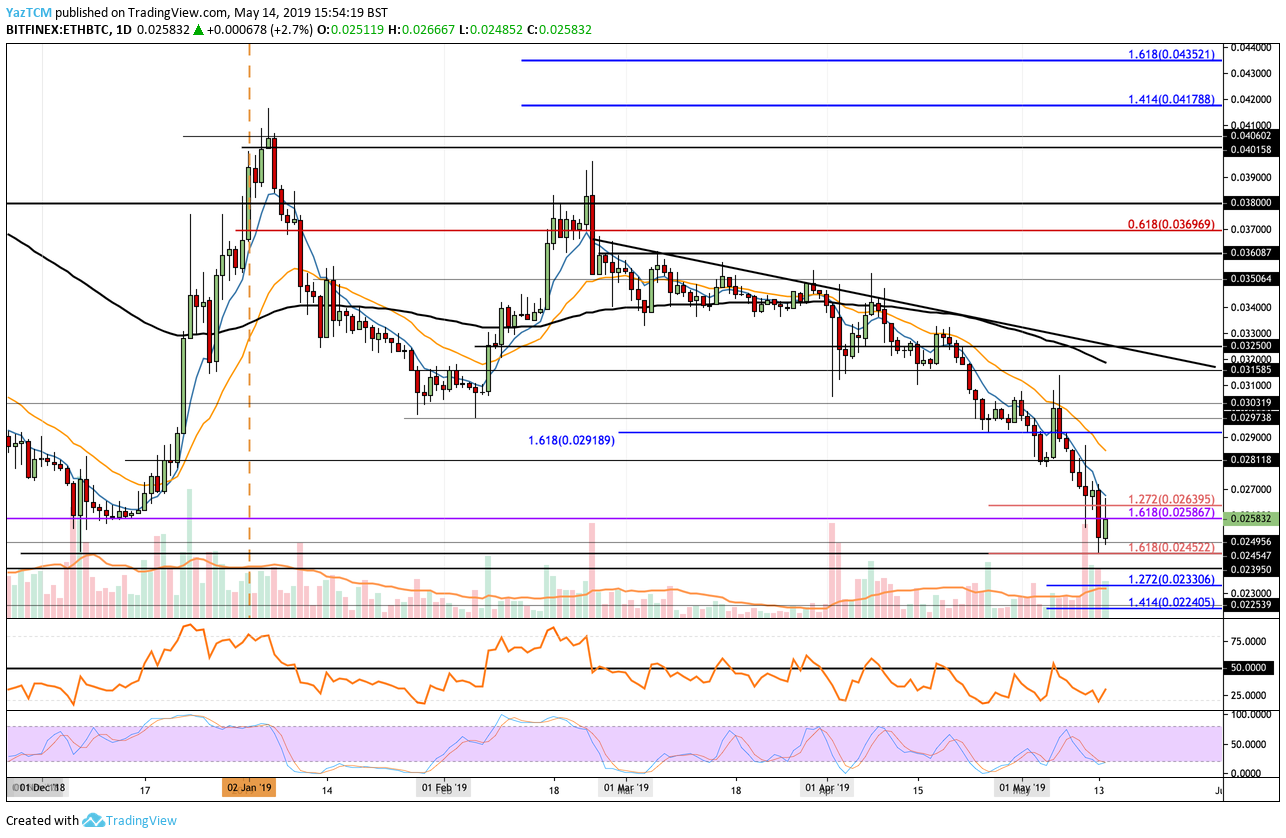 Taking a look at the daily ETH/BTC chart above, we can see that ETH/BTC started the year at a price above 0.04 BTC and has continued to depreciate significantly toward where it is currently trading around 0.02585 BTC. After breaking beneath the 100-day moving average during April 2019, the market has continued to plummet lower at an alarming rate.

However, hope remains for Ethereum holders, as price action has recently reached long-term support. The recent price decline found support at the 0.0245 BTC level, which is the December 2019 low. The market rebounded at this support as it now attempts to break back above the strong support (now turned resistance) at 0.02586 BTC.

If ETH/BTC can reverse, this would help ETH/USD remain above the $200 level break above the current resistance at $208. The following chart shows ETH/USD over the past few months: 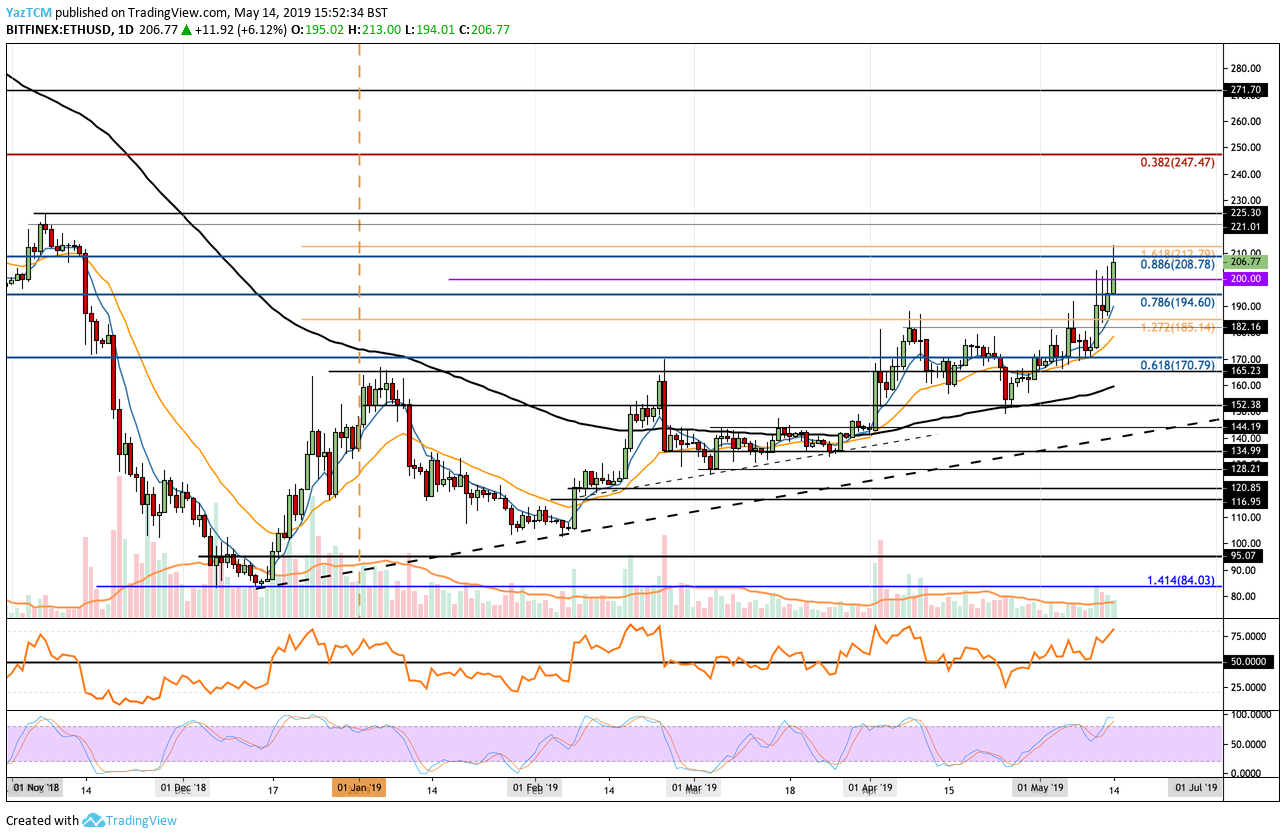 Although Ethereum may be experiencing a strong correlation with Bitcoin and has experienced an increase in price, the cryptocurrency has experienced a very rocky 2019 against Bitcoin. However, ETH/BTC has now reached a level of relatively strong support which should help stall the overarching bearish market in ETH/BTC.

Here are the 3 book recommendations the CEO of $1.7 trillion investment giant PIMCO recommended to a room full of investors