Ethereum [ETH], the third-biggest cryptocurrency by market cap, has blessed its investors by going all green today. Unlike the previous two weeks, this week seems to be brighter for the coin as it has seen a massive surge in terms of price. 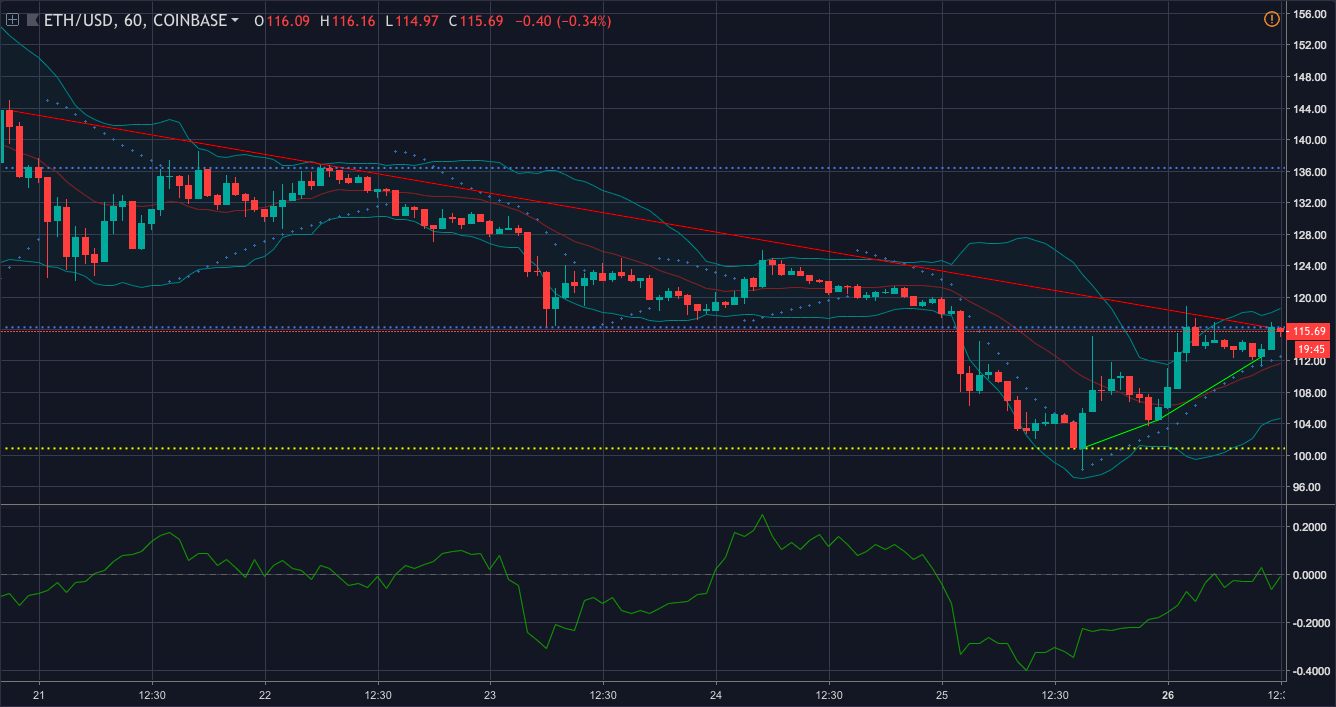 Parabolic SAR is currently indicating a bullish wave as the dots have aligned below the candlesticks, pushing the prices up.

Bollinger Bands are picturing the bands parting from each other, forecasting a volatile market for the coin.

Chaikin Money Flow, at present, is depicting that the coin is still held by the bear. However, it also pictures the line going uphill, indicating that money is starting to flow into the market. 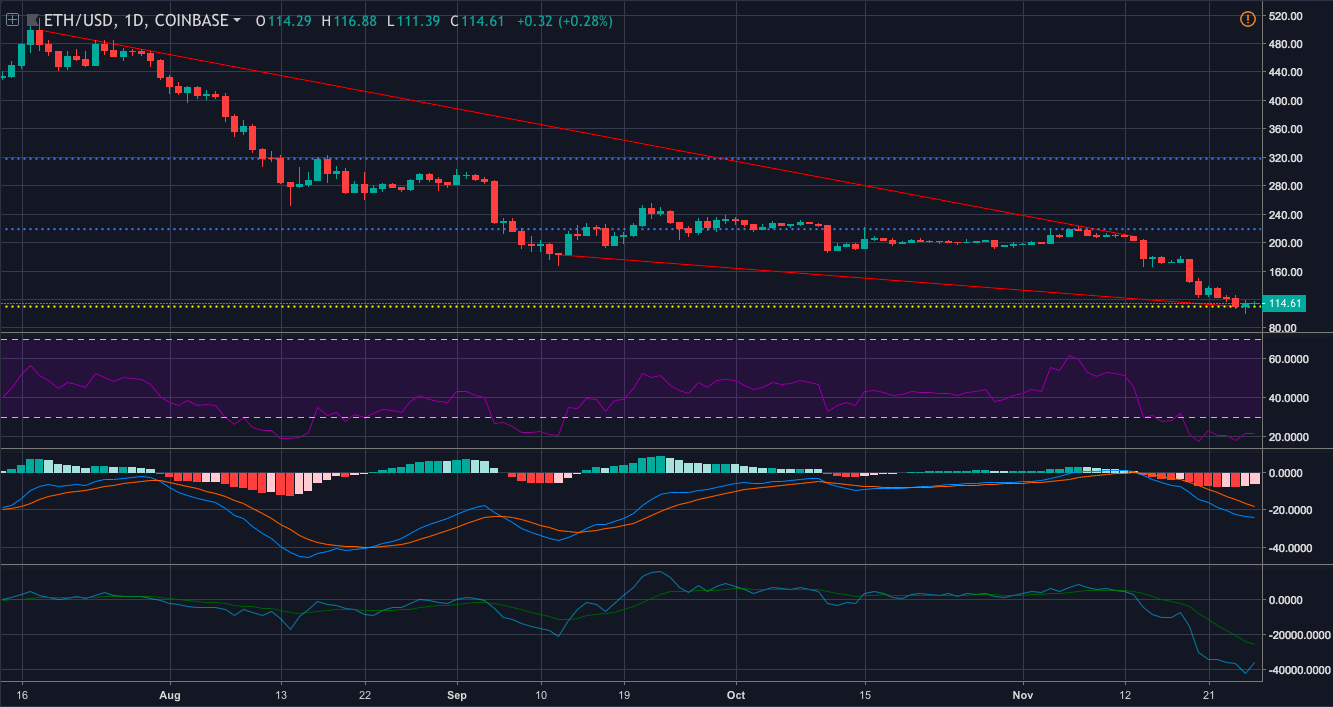 MACD indicator depicts that the moving average made its cross-over with the signal line long ago, only to climb down the hill.

Klinger Oscillator also has taken the same path as the MACD and is bearish.