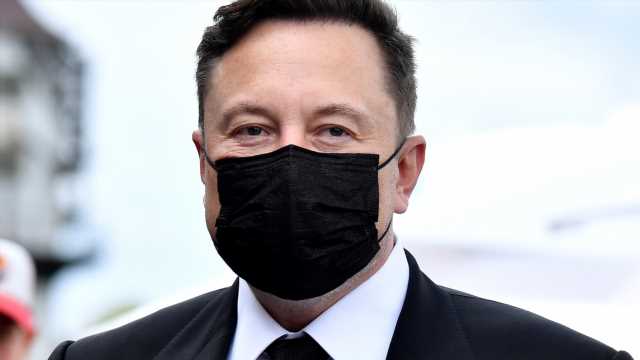 Elon Musk Invented Bitcoin, if You Ask Half of Australians Polled by Finder – Featured Bitcoin News

Australians have been learning more and more about cryptocurrencies but it turns out some myths and misconceptions are still widespread among the general public Down Under. As a most stunning example, over half of the participants in a new poll by Finder believe Elon Musk invented the first crypto network, Bitcoin.

The comparison website Finder.com has recently surveyed 1,000 Australians to gauge their knowledge about Bitcoin. The study, conducted through its Consumer Sentiment Tracker, found that a staggering 98% of the respondents were unable to answer correctly a total of 8 true or false questions regarding the cryptocurrency. “Bitcoin is not taxed” produced the most obvious discrepancy with reality, with 59% of the participants determining that the statement is true. Cryptocurrency profits, Finder notes, may be treated either as income or an investment for tax purposes.

“When you sell it, you’ll need to pay capital gains tax on your earnings. We recommend you seek independent advice from an accountant,” the authors add.

A popular myth is that “Elon Musk invented Bitcoin,” and not some anonymous developer known as Satoshi Nakamoto. The founder of Tesla and Spacex denied the speculation a long time ago but 56% of Australians still agree with it. Men (62%) are more likely to make that mistake than women (51%). The famous entrepreneur turned-crypto-influencer often pushes markets up or down with his tweets, which has probably led to the false impression.

Bitcoin Is at Least 15 Years Old, According to 44% of the Surveyed

Many of the respondents are also convinced that BTC is older than it actually is, with 44% backing the claim that “Bitcoin has been around for more than 15 years.” And another 44% think “There is an unlimited number of Bitcoins to be mined,” when the supply is finite, limited to a maximum of 21 million. Over half of Generation Z members (51%) believe in the false statement compared to only a third of Baby Boomers (34%).

Many Australians are not aware of the great number of cryptocurrencies that have been created since the birth of Bitcoin. Of the surveyed, 39% were positive that “There are less than 100 different cryptocurrencies.” In fact, more than 9,000 crypto coins exist and the number is constantly growing. Then almost a third of participants in the study, 31%, estimate that “One Bitcoin is worth more than AU$100,000” (approx. $77,000) putting its price well above the current market rate. Another wrong assumption shared by 31% of the interviewed is that “You can’t use Bitcoin to buy things.” In reality, thousands of businesses across Australia accept cryptocurrency payments, Finder remarks.

“There are Bitcoin ATMs and debit cards that make it easy to convert your Bitcoins to cash and spend them like any other currency,” the site’s report elaborates. But what’s even more surprising is that a fifth of Australians (22%) are sure that “Bitcoins are a physical currency.”

The survey comes out as a Senate committee tasked to explore options to implement new financial technologies in the country is preparing to finalize an inquiry that started back in 2019. The Senate Select Committee on Australia as a Technology and Financial Centre is planning to develop a comprehensive regulatory framework for cryptocurrencies and other digital assets following in the footsteps of similar jurisdictions such as Canada and the European Union.

What do you think about the findings in the survey? Share your thoughts in the comments section below?