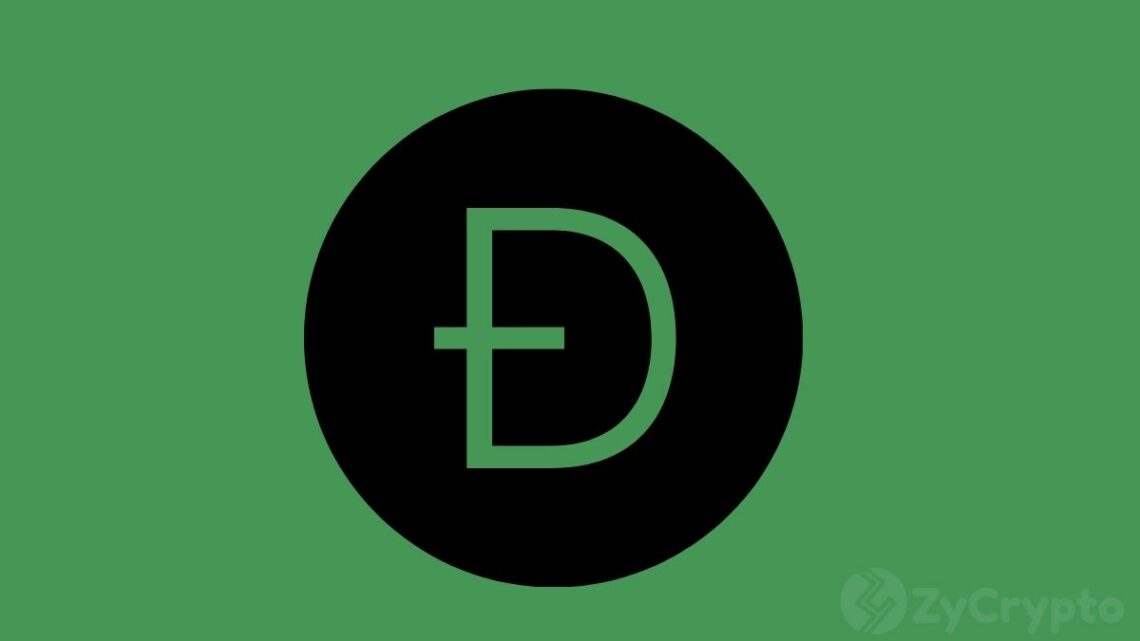 Elon Musk Has Just Changed The Game For Dogecoin

The richest man in the world has sent Dogecoin overflowing in profits. It all began on Twitter when Elon Musk made a series of tweets about Doge. First “Doge”, then another tweet with an image of a fire and a moon, signifying “Doge to the moon” followed. “Doge is the people’s crypto,” “No highs, no lows, Only Doge” was wrap up tweets that stirred the fire, causing Doge to catapult to the moon or in this case, Mars.

Doge to the Moon, then to Mars

Trading volume surged, market excitement went over and beyond. The result? Highest daily gainer, over 50% spike in Doge’s daily gains, lifting Doge’s 7-day consecutive profit above 115%. The overnight rally took Doge from to a low of $0.032111 to high of $0.057573. 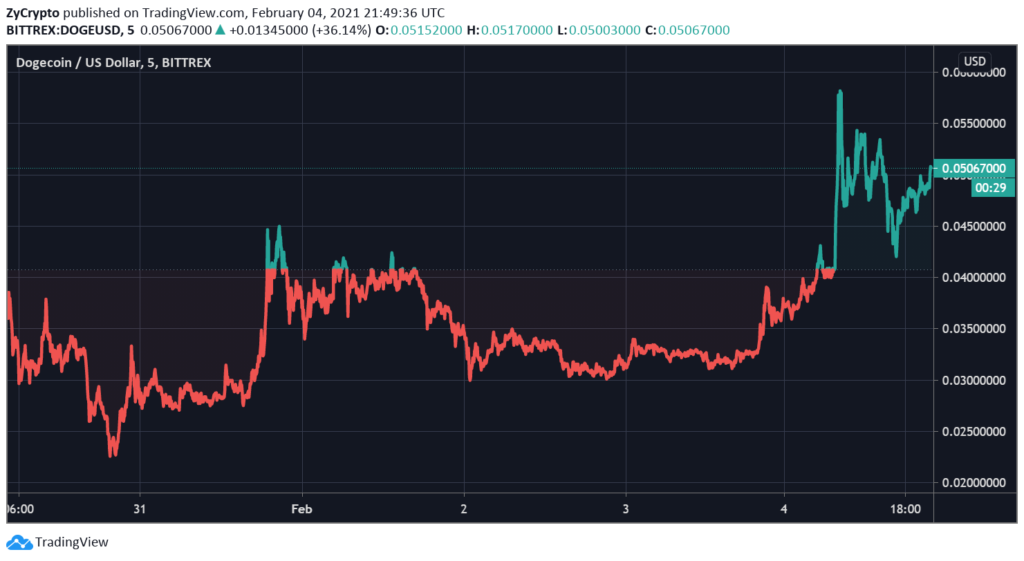 Dogecoin has been green over the past one week, more thanks to its pioneer Elon Musk. Just last month, Doge secured over 800% in a single day, after trading volume went brrr after an overnight price pump stirred the waters.

Musk in excitement tweeted the picture of a dog on the front page of a magazine, pledging allegiance once again. This is not the genesis of the billionaire’s show of support for Doge. In December, the “Musk effect” rained on the altcoin when he tweeted one-word “Doge.” As expected, the market reacted instantly and Doge soared by 20%.

Doge and Bitcoin may reach Mars before we do

If there is anything these past months have revealed, it’s the fact that Musk will never be late to a Doge party. But that’s not all, Musk is aware of his power in the market. When he recently jumped into a Clubhouse group and got asked what he thought about Bitcoin, “I gotta watch what I say here coz I can move the market,” was his response.

Doge is not the only cryptocurrency Musk is psyched about, Bitcoin, the benchmark cryptocurrency corrected losses after the billionaire changed his Twitter bio to Bitcoin. Prices went up as usual, and many other high profile cryptocurrency proponents began adding #Bitcoin their Twitter bio.

Some crypto-twitter users have sensed a brewing rivalry between Bitcoin and Doge. But that may be far from the case, as Bitcoin already has the advantage as the dominant cryptocurrency; a position that it has held for most of its existence, and is likely to maintain for a longer period of time.

The rest of the year looks propitious for Doge and Bitcoin, given that Musk’s tweets are helping to solidify market opinion towards both cryptocurrencies. Bitcoin may have the upper hand, as it has garnered support from many high-profile individuals. But for the Doge, the weight of the world’s richest person in the world may be enough fuel to start a lasting fire. As for Tesla buying cryptocurrencies, the future remains promising.

E-Money and Royale Finance Team Up To Disrupt iGaming