The tweet’s reference to “efficiency” seemed to lend weight to the idea Tesla may add DOGE as a form of payment, after the CEO noted yesterday the firm is looking at greener cryptocurrencies that use less than 1% of Bitcoin’s energy per transaction. 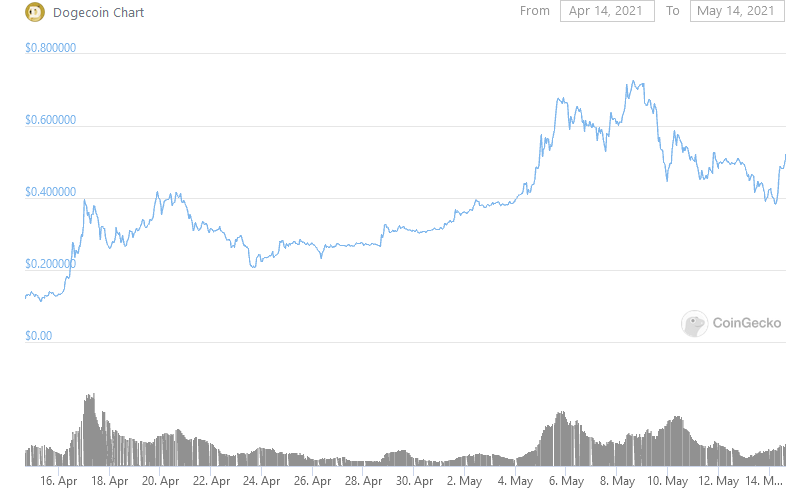 Another factor in the price rise could have been the news that Coinbase is planning to list the cult-favorite memecoin on the exchange within the next six to eight weeks.

Appearing on CNBC’s Mad Money show on May 13, Coinbase CFO, Alesia Hass was questioned “Should investors take Dogecoin seriously?” with the CFO answering the exchange should leave that decision up to its investors:

“We are a platform. We want to offer all assets that meet our listing standards and we hope to be the place where you can come and trade anything that you want to trade.”

SHIB has also been garnering a lot of attention from retail investors of late, with data from Coingecko showing that $5.4 million worth of SHIB traded hands in the past 24 hours. The price plunged after Ethereum founder Vitalik Buterin gave away vast amounts of the token on May 12. Despite its volatility, SHIBA is still up 12,263% since its inception.

Users of subreddit “r/dogecoin” have collectively gamed Google’s image search rankings to show a picture of Doge when people search “one dollar” on the search engine.

The harmless prank is based on a long held meme (and goal) for Dogecoin hit 1 dollar. We tested it out, and sure enough, the cute Shiba is there amid the greenbacks. 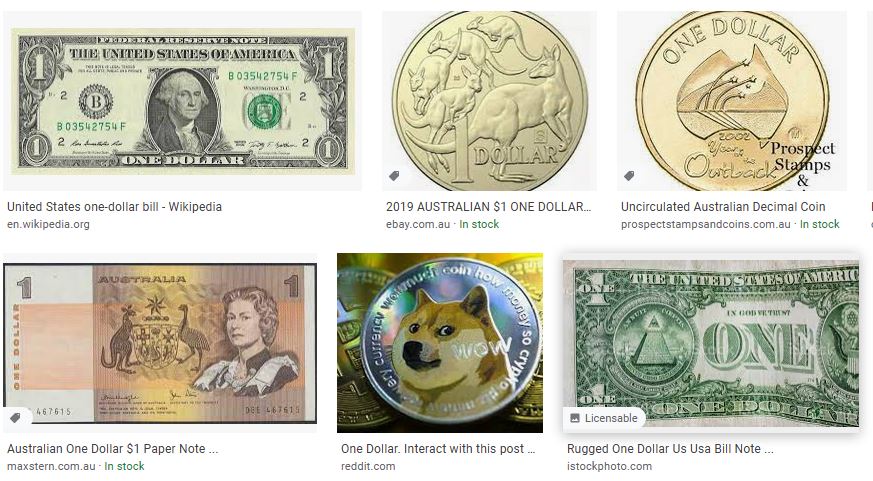