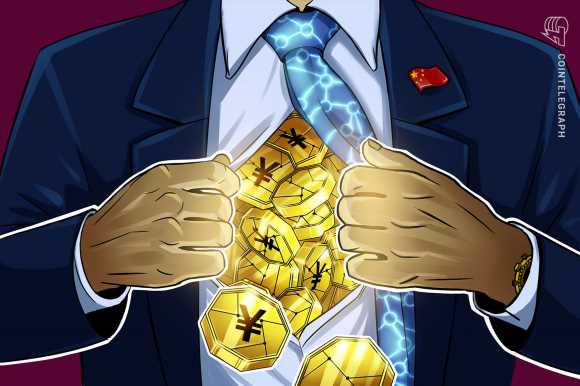 Speaking at the International Finance Forum in Beijing, Qian argued that simply simulating its physical counterpart would not be enough for the digital yuan to succeed. To fully benefit from being digital, it will move toward the “smart currency” by making use of smart contracts, he added according to local sources.

Central banks need to innovate the legal fiat money to keep up with the tides of digitalization, he said. Qian then listed the European Central Bank, Bank of Japan, and the central bank of Canada as examples of how to work on smart contract-based digital currencies.

Qian reportedly said that China’s initial idea of a digital yuan was to counter the impact of private payment platforms that have become increasingly popular, possibly implying the country’s ubiquitous payments service Alipay. However, he insisted that the Chinese government did not develop the digital yen as a surveillance tool to track all transactions in real-time:

“The digital yuan needs to achieve a balance between protecting users’ privacy and cracking down on crimes such as money laundering, tax evasion and the financing of terrorism.”

Yao Qian is the director of the Science and Technology Supervision Bureau of the China Securities Regulatory Commission. Formerly, he was the director of PBoC’s Digital Currency Research Lab. He is known for his works on digital yuan since its initial steps in 2014. His friendly attitude toward crypto as an official of China’s SEC counterpart earned him the moniker “Chinese crypto dad.”

Cardano: Crypto Analyst Says $ADA Is His ‘Racehorse’ for ‘This Market Cycle’
Technology