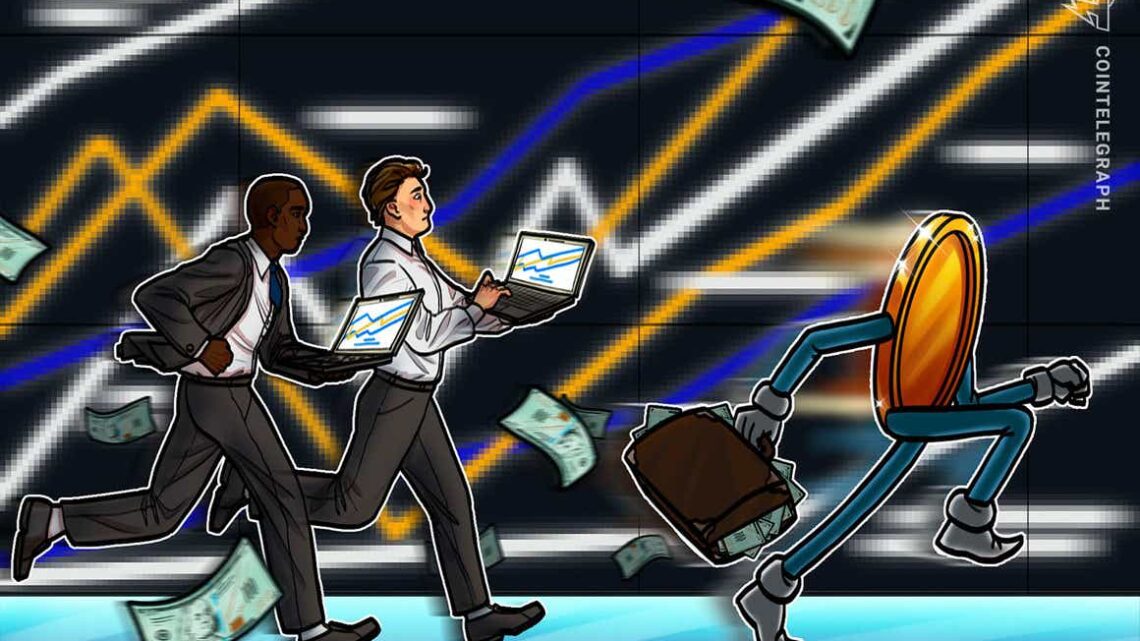 Annual percentage yields, or APY, on crypto borrowing and lending platform Aave have surged to record levels after capital withdrawals sent the decentralized finance, or DeFi, protocol into a liquidity crunch. At the time of writing, variable APY on borrowing stablecoin Dai via Aave has surged to 24.88%, compared to approximately 6.50% the day prior.

According to cryptocurrency researcher Igor Igamberdiev, blockchain personality Justin Sun was responsible for at least billions of dollars in withdrawals in the past few hours. Aave’s total value locked, or TVL, fell to $14.7 billion from $17.89 billion the day prior, based on data from DeFi Pulse.

In a series of tweets, Aave developers revealed that financial modeling platform Gauntlet Network submitted an Aave Improvement Protocol, or AIP, to disable the borrowing function for xSUSHI and DeFi Pulse Index (DPI) tokens as a precautionary measure. In addition, the AIP also called for disabling Automated Market Maker, or AMM, liquidity provider tokens on the Aave AMM Market as an extra safeguard.

Earlier in the week, members of the Aave community voiced concerns regarding vulnerabilities with using xSUSHI tokens as collateral for borrowing on the platform. Aave developers alleged that the Gauntlet Network team ran simulations showing that it would not be economically feasible to exploit xSUSHI tokens on Aave. However, Aave developers claim that the Gauntlet Network still put forth the AIP despite these results. The AIP is currently in the voting phase, with “Yes” votes heavily favored.

Prior to today’s flight, Aave was the most popular DeFi protocol as ranked by Defi Llama. The platform has a lot of traction among cryptocurrency enthusiasts looking to yield farm or take out a stablecoin loan by pledging their digital currencies as collateral.