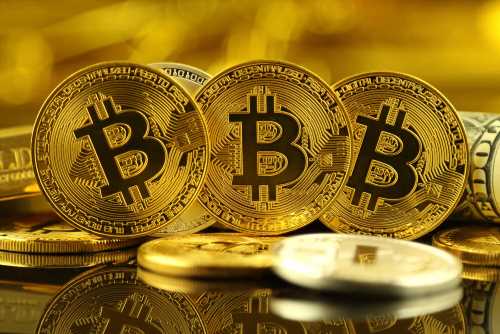 Bitcoin has been struggling as of late. While the currency has jumped into the high $30,000 range, the world’s number one digital currency by market cap had initially dropped by more than 50 percent from its mid-April high of roughly $64,000.

Bitcoin May Reach $700K in the Next Decade

Still, that isn’t stopping people from losing hope, and now Dan Morehead – the founder of Pantera Capital – is suggesting that bitcoin could spike as much as 1,500 percent within the next ten years. This would place one bitcoin at a price of approximately $700,000 by the year 2031.

Not long ago, Pantera did a study on where bitcoin’s patterns would ultimately take it. In an interview, Morehead explains what the company discovered in its analysis:

We did a study showing the number of people using bitcoin over the years and the price of bitcoin. Both of those data series went up by an order of magnitude every two years. If that kept going, that would put bitcoin at $700,000 when everybody with a smartphone uses it. Ten years’ time is a reasonable forecast.

Morehead also discussed the amount of attention that the currency has gotten in recent years. For one thing, major institutions such as Tesla and Square have taken huge notice of bitcoin and have invested anywhere between several hundred million to over a billion dollars in the asset. In addition, businesses like PayPal have permitted crypto investing and digital currency payments, while financial giants like Visa and Mastercard have stated that they are looking to support crypto in the coming future.

There has also been heavy speculation that bitcoin is now something of a hedge tool; something that could potentially be used to keep one’s wealth secure during times of economic strife. This attitude initially became prevalent during the coronavirus pandemic.

I think the macro story is so positive. There is so much money being printed and so many institutions are coming into the space that over the next 12 months the markets are going to resume their rally.

In the meantime, several analysts are saying that in the short term, bitcoin may shoot back above $40,000 soon. Pankaj Balani – chief executive of crypto exchange Delta – mentions:

The data from the options suggests that the market is positioning itself for another leg-up on bitcoin by mid-August.

Not Everyone Thinks Things Will Move Up Soon

By contrast, Marcus Sotiriou – a sales trader at Global Block in the United Kingdom – states:

Some on-chain metrics suggest a continuation of the recent uptrend. Technically, bitcoin has closed above the 21-week exponential moving average [yesterday], which is regarded by many as the key bull market support, as well as the 100-day simple moving average. However, the breakdown of the rising wedge suggests that bitcoin may fall back to the mid-range at around $36,000 or lower before the rally continues.