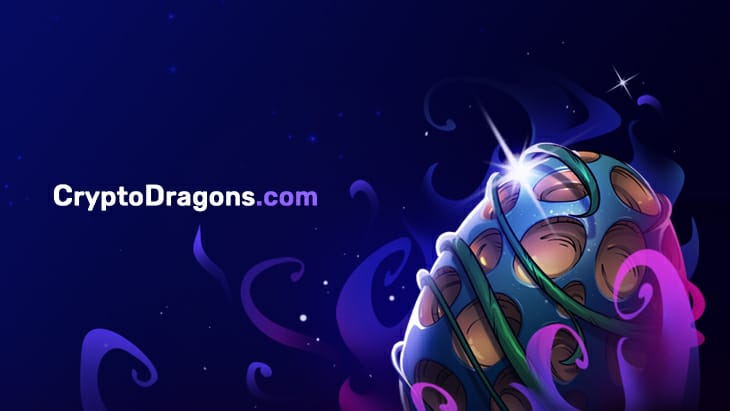 Reports say that in less than 10 seconds, the first batch with 500 NFT eggs was sold out.]

What’s more, the Legendary dragon’s Egg was even picked for 35 ETH.

CryptoDragons prove to be among the best players when it comes to non-fungible tokens (NFTs).

The creative Metaverse that CryptoDragons offer has surely piqued the interests of many NFT collectors and enthusiasts. In fact, in its first round of CryptoDragons NFT Еggs Reservation, several records were set!

According to reports, CryptoDragon’s first batch of 500 NFT eggs in the reservation was sold out in less than 10 seconds. What’s more, the Legendary dragon’s Egg was even picked for around 35 ETH.

Moreover, the Epic dragon’s Egg was also picked up immediately — 7 ETH were paid for this unique NFT dragonling.

Its A Record Set

Suffice to say, the project continuously makes history with the fact that no other launching project has ever sold an NFT with this price.

Overall, CryptoDragons was able to raise a volume of 142 ETH within 10 seconds — indeed, a record in the NFT space.

In the Reservation, 3 types of NFT Eggs were available and there were 498 Random Eggs, 1 Legendary Egg, and 1 Epic Egg.

The Random Eggs were available for 0.2 ETH, the Epic Egg for 7 ETH, and the Legendary Egg for 35 ETH. Notably, the team says a maximum of 5 eggs could be reserved in each wallet.

Furthermore, the team at CryptoDragons mentioned that the next round of Reservations will be announced soon.

You can follow its Discord and Twitter official channels to be updated — to not miss anything that CryptoDragons will do next.