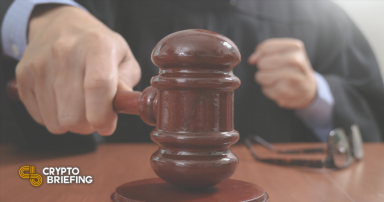 Stefan He Qin, the 24-year-old founder of two New York-based cryptocurrency hedge funds, has pleaded guilty to securities fraud, receiving a seven and a half year prison sentence and a $54 million fine.

Stefan He Qin: I Thought Life Was a Video Game

Stefan He Qin pleaded guilty to running a $100 million Ponzi scheme, defrauding investors out of more than $54 million.

According to a Thursday Department of Justice (DOJ) press release, the 24-year-old college dropout ran two New York-based cryptocurrency hedge funds with over $100 million in assets under management. After pleading guilty to securities fraud in Feb. 2021, Qin was sentenced to 90 months in prison and ordered to forfeit $54 million on Thursday.

Qin’s fund amassed $23.5 million in assets under management during the first year of operations, leading to him being featured in the Wall Street Journal. Banking on the notoriety, by 2020, the Virgil fund had raised more than $90 million, prompting the young college dropout to start a second fund, called VQR, which amassed an additional $24 million in assets under management.

Despite claiming to invest the assets in cryptocurrency arbitrage strategies, the DOJ found that since 2017, Qin had engaged in a scheme to steal assets from Virgil Sigma and defraud its investors. Instead of investing the fund’s assets, Qin embezzled the investor’s capital and used the money to pay for personal expenses, including food, services, and rent for a $23,000 a month Manhattan penthouse. Moreover, Qin also used the fund’s capital to make personal investments in real estate and initial coin offerings (ICO).

As a result of his reckless behavior, Qin soon used up nearly all of Virgil Sigma’s capital. “Qin’s investors soon discovered that his strategies weren’t much more than a disguised means for him to embezzle and make unauthorized investments with client funds,” said Manhattan US Attorney Audrey Strauss in a statement.

Faced with redemption requests Qin could no longer fulfill, he doubled down on his scheme by attempting to steal assets from his second fund, VQR, to cover his tracks. Speaking before the judge, Qin said:

“Instead of coming clean I did the worst thing and doubled down on my lies… I thought I was the main protagonist and life was a video game and I had just found the cheat code to beat it. As we know, life is not a video game.”

Qin turned himself in to U.S. authorities in February this year, pleading guilty on the same day. While he faced as much as 20 years in prison, on account of his clean record and voluntary return, he was sentenced to seven and a half years in prison and ordered to forfeit the $54 million stolen from clients.