Bitcoin stood at $10,700 and Ethereum struggled to climb past the $355 level. The market as a whole had a bearish outlook, although many assets showed short-term bullishness. Crypto.com Coin was bearish in both the short and medium-term, while IOTA formed a bullish continuation pattern that could take some more time to play out. VeChain was likely to continue to slump under bearish pressure. 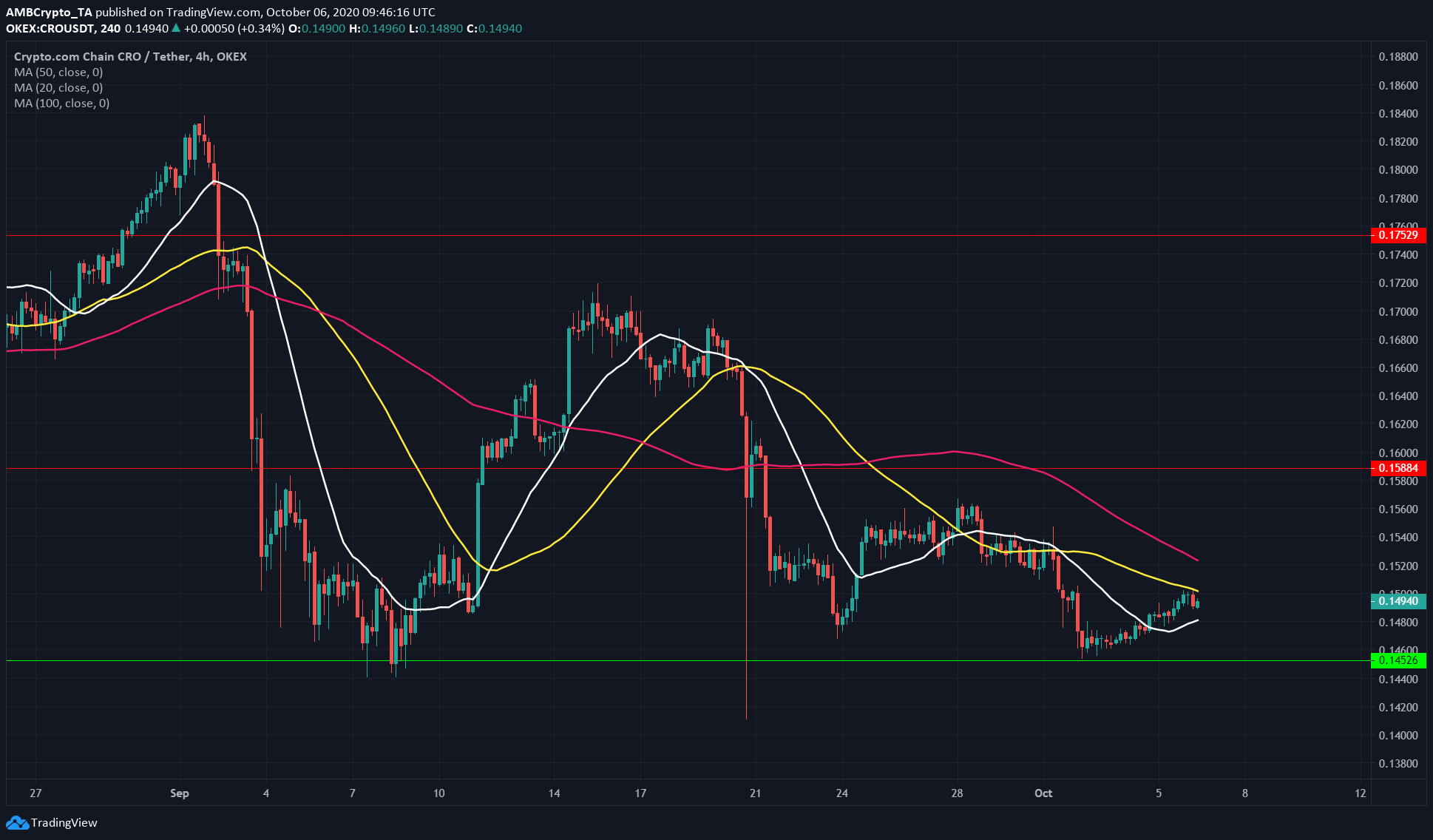 The 20 SMA (white), 50 SMA (yellow) and 100 SMA (pink) were moving one beneath another as CRO signaled bearishness in both the short and medium-term.

In September, CRO bounced from support at $0.145 to reach $0.17 but was forced to drop back down almost as quickly. Since then it has been unable to form a higher high. The most recent, weak bounce off support showed that the price was likely to drop beneath $0.145 to the next level of support at $0.14.

Any move to the upside can expect to find resistance from the moving averages as well. 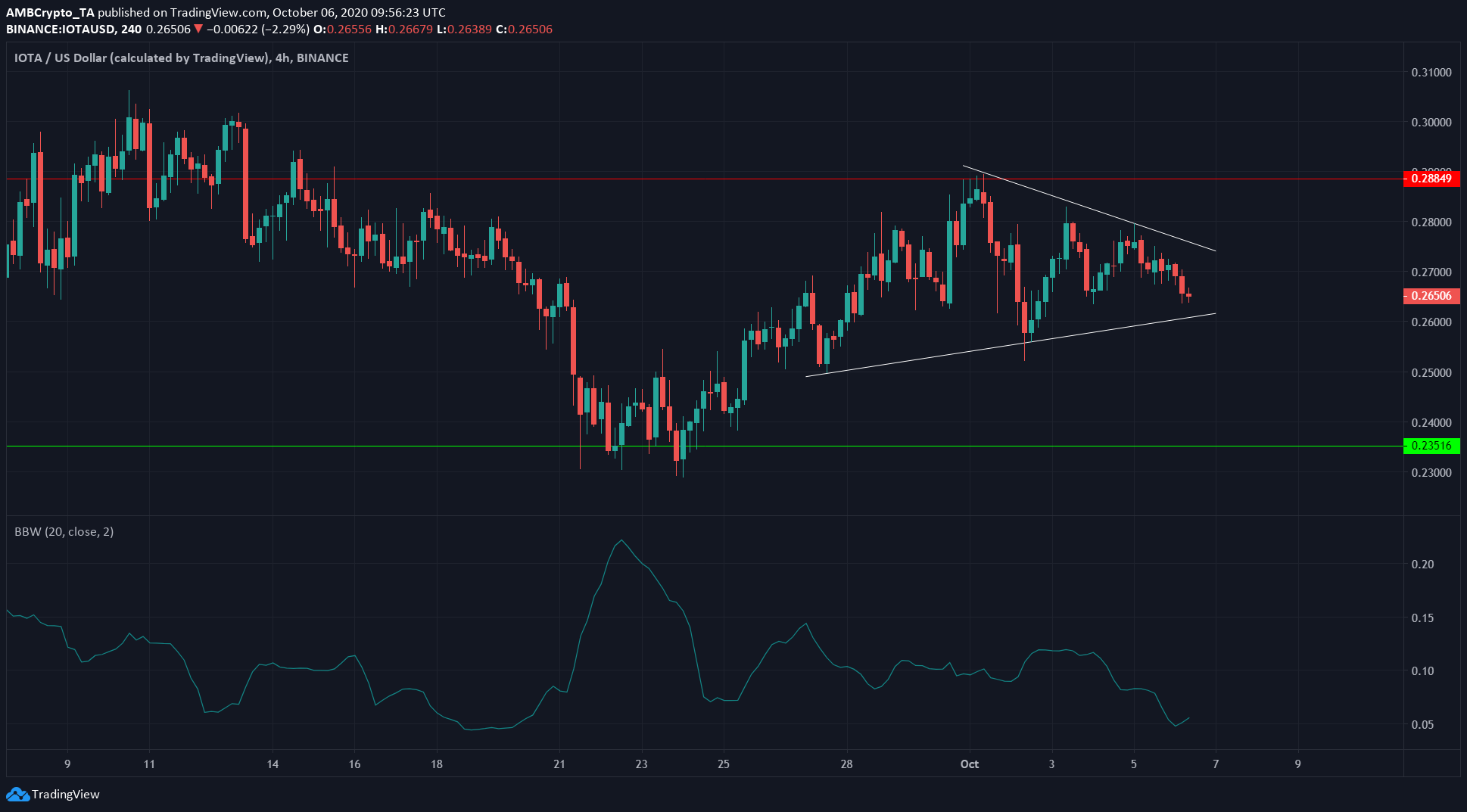 In white is the symmetrical triangle pattern that IOTA appeared to have formed. This is a continuation pattern that sees price, upon breakout, follow the prior trend. In this case, the prior (short-term) trend was upward.

Bollinger Bands’ width was quite low at the time of writing as well. This lowered volatility in price action usually augurs a breakout, with a breakout to the upside more likely.

The price can expect to find resistance at the $0.288 level but could be able to surge past the level.

A close to a trading session beneath the ascending trendline would invalidate the pattern. 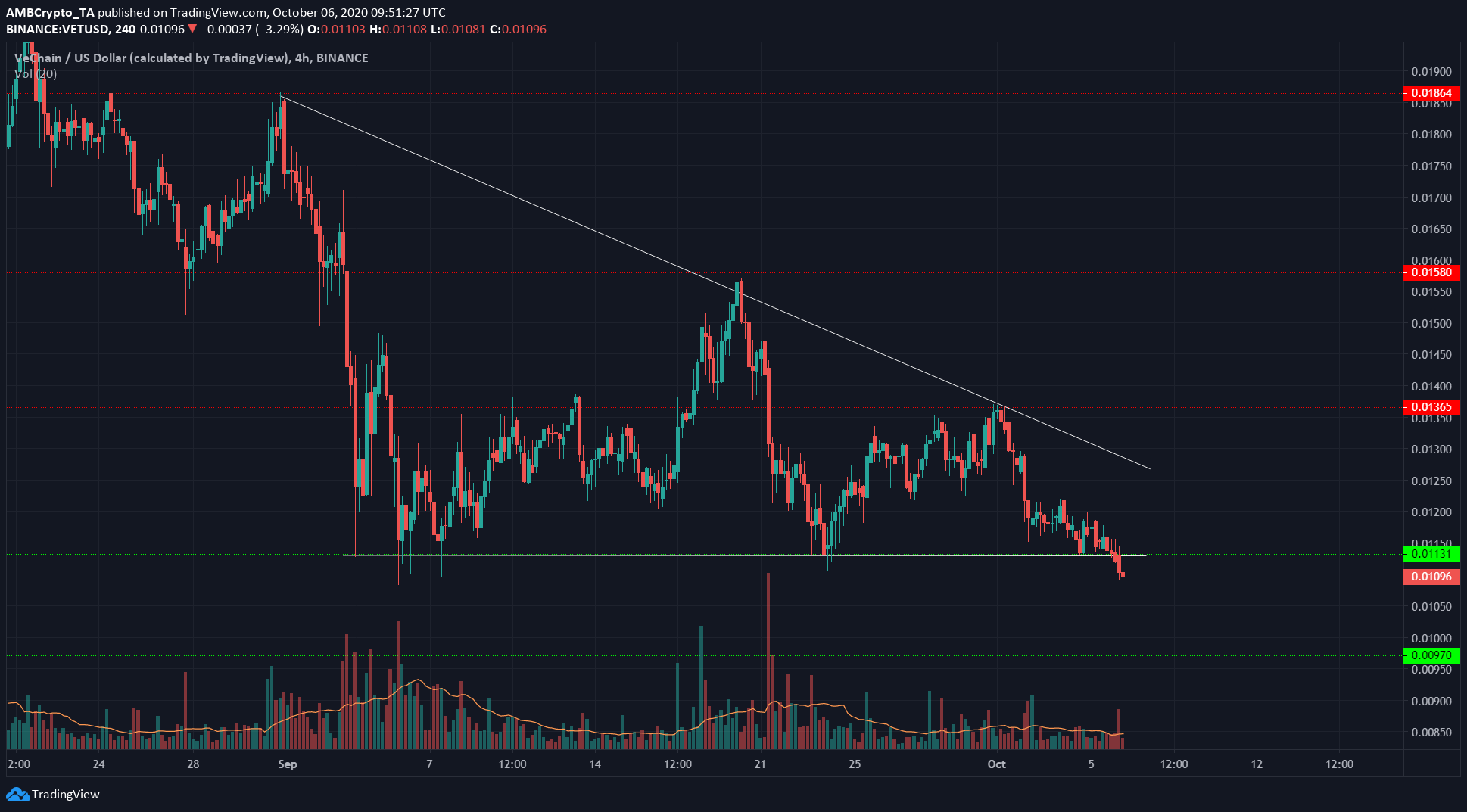 VeChain had formed a descending triangle and had broken out of the pattern on a trading session with above-average volume. This was in conjunction with the bear trend from early August when the price posted highs of $0.23.

There is a chance that price would reverse and form a busted descending triangle, but it was quite an unlikely outcome.