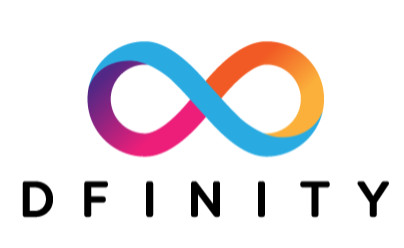 crowdEats has won a grant from the DFINITY Foundation’s developer program to build on the Internet Computer.

crowdEats’ mission is to fix the broken system of online reviews. On platforms like Yelp, 20 percent of reviews are paid for by businesses trying to boost their rankings (or competitors hoping to torpedo their rivals).

crowdEats solves this problem with blockchain technology that incentivizes honest, crowd-sourced reviews, moderated by real people who are rewarded according to how much they contribute. For decades, online-review companies have profited off free labor. But with crowdEats, users can finally get their cut — and trust that the ratings at their bucket-list restaurants are genuine.

To support the growth of this platform, DFINITY has awarded crowdEats a grant for development on the Internet Computer (ICP). The ICP has attracted thousands of developers, and hundreds of thousands of users of its decentralized apps (dapps), within just a few months of its launch in May of 2021. Decentralized versions of Reddit, WhatsApp, LinkedIn, Medium, Dropbox, and Trello — as well as DeFi platforms, NFT marketplaces and games — are already up and running with users on the Internet Computer.

The DFINITY Developer Grant Program aims to catalyze the growth of the Internet Computer ecosystem and make the Internet Computer accessible and approachable to more developers around the world by providing support to promising teams. Each grant is designed to give projects runway to focus on key development areas including:

The DFINITY Foundation is committed to providing follow-on grants to projects that show progress from initial grants.

Sixty-five grantees have so far received $1,145,000 from the nearly quarter of a billion dollars offered by DFINITY’s grant program since May 2021. It is one of the blockchain sector’s biggest developer grant programs.  You can find a full list of grant recipients and guidelines for how to apply here.

The grants program is a non-dilutive form of financing for up-and-coming projects that solve crucial problems in the next phase of our connected world. Please note that this program is not meant to be a source of venture funding. If you are actively fundraising, consider applying to the Beacon Fund.

About the Internet Computer

The Internet Computer is the world’s first public blockchain running at web speed with internet scale. A revolutionary blockchain technology that empowers millions of entrepreneurs and developers via the Internet Computer Protocol (ICP) to build dapps, DeFi products, pan-industry platforms, websites, and enterprise systems to rebuild and reimagine everything on the internet. It was created by the DFINITY Foundation.