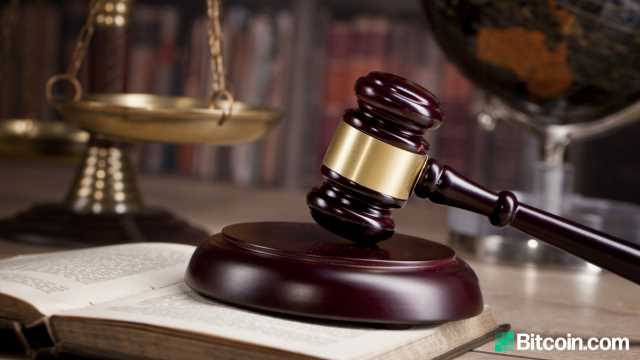 Two executives of Mirror Trading International (MTI) have been summoned by a high court in connection with another cryptocurrency investment scam called BTC Global. The court summons followed a civil lawsuit filed by 18 plaintiffs demanding compensation from them.

The court summons followed a civil lawsuit filed by 18 plaintiffs demanding compensation of R2.5 million (approximately $174,662) plus 7% annual interest for the losses they have suffered from the BTC Global scam. In addition, they asked the court for “further and alternative relief” and the legal costs they have incurred as part of the lawsuit.

The court document explains that between September 2017 and March 2018, the defendants “conducted business under the names and style of BTC Global or BTC.” This scam claimed to allow clients to invest in a trading pool managed by a “master trader” called Steven Twain.

According to the publication, there is no evidence that Twain ever existed. In addition, when investors could not withdraw their funds from the scheme, they were informed that Twain was attacked in his home and his equipment was stolen.

Twain disappeared in early 2018; some say his disappearance led to the collapse of BTC Global. More than 27,000 people were reportedly scammed by this bitcoin investment scheme, including investors in South Africa, the U.S., and Australia.

The news outlet explained that Clynton is a 50% shareholder in MTI while Cheri was the scheme’s head of communications. It noted that MTI and BTC Global share “striking similarities,” adding that they both promised too-good-to-be-true returns on investment and used a multilevel marketing scheme to recruit new members.

The publication also claimed to have seen a legal notice signed by Selzer Law attorneys showing that Caw and the Marks intend to defend against the BTC Global allegations.

Caw previously told Mybroadband that he was only an investor in BTC Global and lost a significant sum when it collapsed. “I was, however, neither a founder nor leader in BTC Global, although I was later accused of being both,” he claimed, asserting that he was not involved in MTI but did offer a proposal early on that would enable MTI to deliver cryptographic proof of its bitcoin holdings.

Cheri Marks has denied owning or being in control of BTC Global. She has also denied using the scheme to steal investor funds, setting up fake profiles for Steven Twain, or knowingly promoting anything illegal. In a statement delivered by her lawyer, Marks said, “Steven Twain is a real person and his disappearance was a shock.” The statement adds that “It is denied that Cheri was/is Steven Twain.”