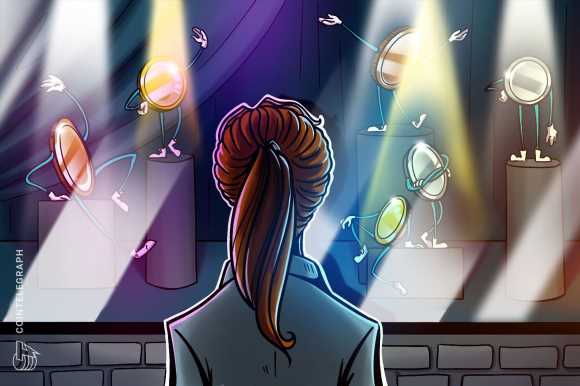 With a possible billion-dollar NFT drop and a high-powered, multi-project collaboration in the works, the Ethereum ecosystem may finally be ready to compete with nonfungible token (NFT)-centric blockchain Flow.

Ethereum software developers Consensys announced in a press release today Palm, an environmentally-friendly NFT scaling solution. Palm will be a sidechain designed to be “fully connected” to Ethereum, sporting faster settlement times, lower fees, and an especially light carbon footprint — a noted bugaboo for artists as of late.

Ethereum’s community — one of the chain’s advantages over the faster and more efficient rival NFT chain Flow — is also on full display in the release. Consensys announced a lineup of ecosystem-building partner powerhouses for Palm, such as NFT social media platform Nifty’s and experimental NFT mining project $MEME.

Likewise, Palm will come out of the gate with significant infrastructure in place from partners Infura, NFT metadata storage via Protocol Labs, and a partnership with decentralized exchange Uniswap, which may soon be announced as home of the forthcoming $Palm token initial exchange offering.

The question is: will this be enough to overcome Flow and their wildly popular, industry-altering NBA Top Shot collectibles?

All about the IP

Technical and ecosystem differences aside, the battle between the NFT platforms will ultimately be fought over the quality of the intellectual property and the licensing they can attract.

So far, the Ethereum community has been fed a thin diet on that front. ETH-native platforms have been fighting for NFTs from C-listers, sports has-beens or never-weres, and niche (if highly devoted) fandoms.

Flow, meanwhile, has been one of the driving forces behind NFTs entering mainstream consciousness, primarily due to the massive success of National Basketball Association-licensed NBA Top Shot.

The project seems to break its own records weekly, is being discussed regularly on ESPN, and sells out like clockwork the moment it releases new packs. If you’ve been seeing NFTs on the nightly news, Top Shot is to thank.

Flow’s lead isn’t unsurpassable, however, as Palm’s opening salvo in the platform wars could be every bit as lucrative as Top Shot: a meatspace-meets-blockchain physical-and-NFT art mashup called The Currency Project from legendary British artist Damien Hirst.

“The Currency” brings the currency

First reported by Cointelegraph, The Currency Project consists of 10,000 physical “bills” painted by Hirst five years ago and currently in storage. Each bill will have slightly different features (and therefore rarities) and will be tied to a NFT, meaning it’s conceptually similar to algorithmically-generated NFT art projects from a collector’s perspective.

Calculating the possible value of The Currency Project is ultimately educated guesswork. One method might be to look at similar projects: using investment funds designed to track a basket of NFTs, one back-envelope estimate puts the current aggregate market value of all 10,000 CryptoPunks — one of the earliest and most popular algorithmically-generated NFT projects — at $500 million. Likewise, a more recent algo project, Hashmasks, managed to raise over $10 million for just over 16,000 NFTs over the course of four days in January.

Meanwhile, Hirst himself is a famously remunerative brand to bring to market — if not always through cut-and-dry means. One Hirst piece, For the Love of God, a human skull encrusted with some number of diamonds, was put up for sale in 2007 for 50 million pounds. It eventually sold, but for an undisclosed sum to an ownership group that included Hirst himself.

Hirst has also held the record for the most expensive single piece of art sold by a living artist at various points in his life (a record that digital artist and mutual fanboy Beeple challenged earlier this month), and Hirst’s personal record to beat for a collection like The Currency Project is $198 million — the sum his Beautiful Inside My Head Forever show fetched at auction at Sotheby’s in 2008, though a more recent sale might have brought in as much as a full billion.

Investors shouldn’t simply assume wild success for The Currency Project, however. A similar physical-art-and-NFT mashup sale of a painting from avant-garde master Wladimir Baranoff-Rossine is currently on auction at Mintable, and bids appear to have stalled out at $35,000 with just a day to go — a paltry sum given the historic nature of the sale. Some art outlets reported that Baranoff-Rossine had fallen out of collectors’ favor leading up the auction, and it now appears that simply adding a NFT element to a sale is not sufficient to realign wider market trends.

So, The Currency Project will be worth some figure between $35,000 and a billion? Properly triangulating the nature and quality of the various projects, the competing profligacy of the art and crypto communities, and how Hirst’s opaque sales history might translate to the cryptoland would, in aggregate, require a supercomputer, a prophet, or both.

In a statement to Cointelegraph, Hirst implied this uncertainty is part of the conceptual power of the project.

“Each NFT is an artwork and each physical artwork is a work of art, but I can’t help seeing the whole project as a single and powerful work of art. Anyone who buys, sells or holds the NFTs and/or the physical artworks will be participating in this work of art themselves. I have no idea what is going to happen, where the value or the belief lies, I can’t predict what is going to be more valuable, less valuable and how the whole project will be received, but I love the limitlessness and the thrill of the project and that every participant will contribute to the overall complexity of this artwork in some way through their behaviour.”

By this standard, The Currency Project will be an experiment indeed.

A license to license

Whatever its (likely mammoth) marketcap, Palm will need more than one headline-grabbing Hirst project to properly compete with Flow. To that end, Consensys has assembled a pair of high-powered partners: Joe Hage and David Heyman.

Hage, once described by ARTnews as a “significant but rarely discussed force behind the scenes” of the art world, brings more than his friendship with and business relationship with Hirst to Palm. Hage was quoted in the press release as saying that he also has collaborations with multiple “artists and art institutions” in the works. Hage is a noted powerbroker of Gerhard Richter, the most successful artist ever at auction, and runs an exclusive art law firm with two former top Sotheby’s attorneys.

Hage’s first venture into crypto was also an unmitigated success: he was the driving force behind Hirst accepting ETH and BTC for a print run of cherry blossom paintings sold through Hage’s print shop, HENI — a run that earned over $22 million in total, well exceeding expectations. 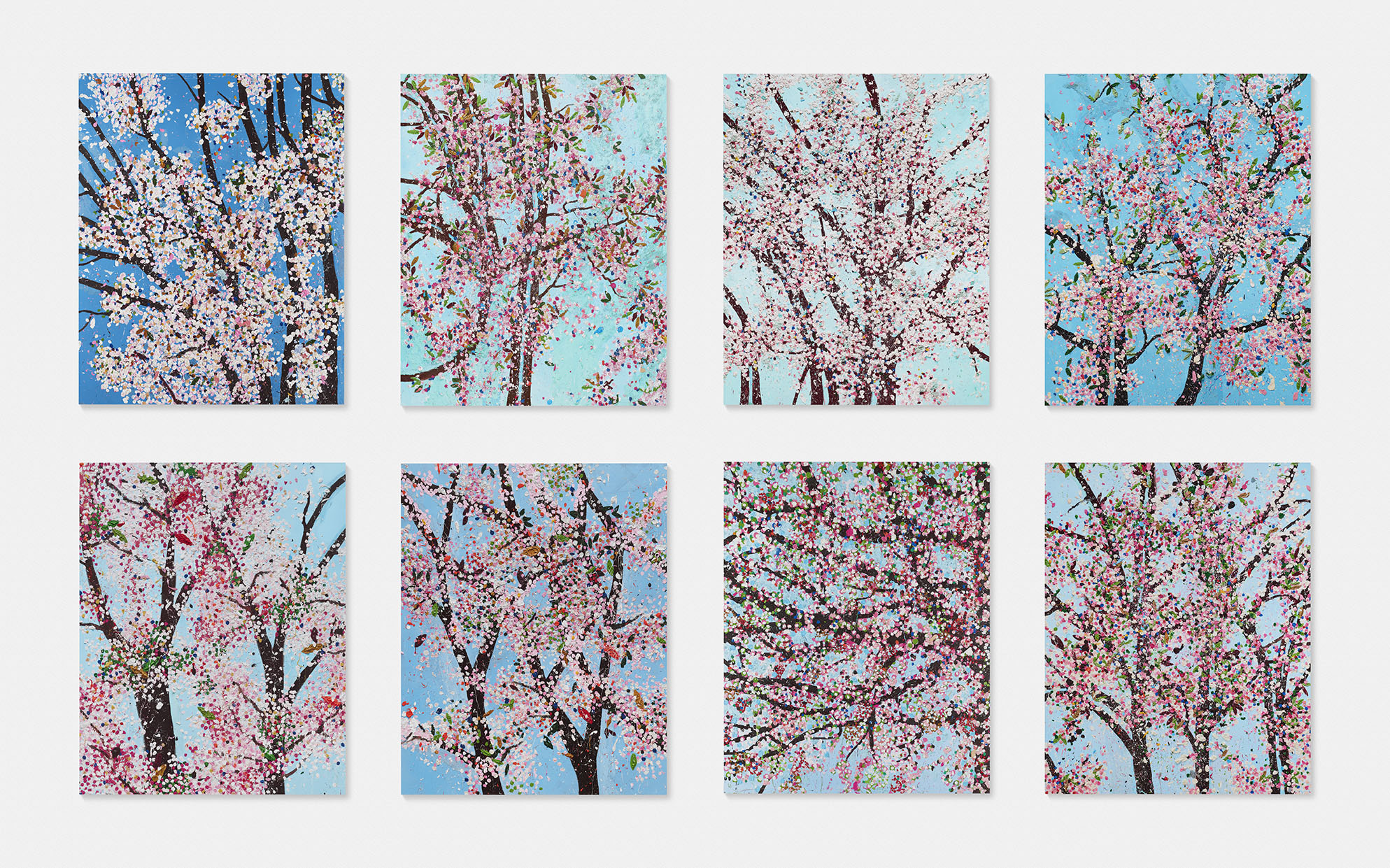 Heyman, meanwhile, is another prime instance of a ‘significant but rarely discussed’ individual, though his expertise is in film. His company produced Gravity, Once Upon a Time in… Hollywood, as well as the Harry Potter series.

A handful of projects have managed to leverage licensing of fondly-remembered brands for successful drops, including WAX’s Garbage Pail Kids run and Terra Virtua’s recent Godzilla vs King Kong drop. Except for Flow and the NBA, no platform has even sniffed the kind of IP acquisition that Harry Potter, one of the most widely-loved (and profitable) franchises ever, would represent.

The press release did not estimate a date for either Palm’s launch or Hirst’s NFT drop, and provided few specifics on future planned acquisitions and drops.

If Palm wants to cut into Flow’s significant lead, however, we can expect they’ll be moving sooner rather than later.