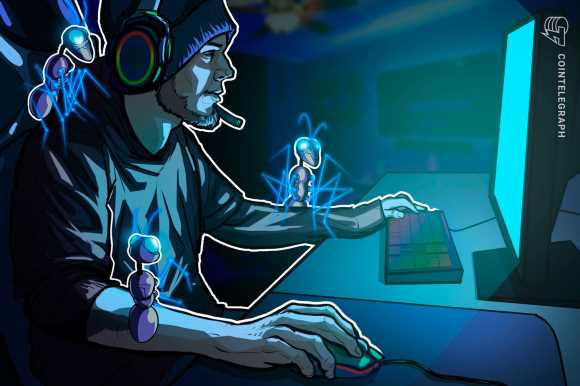 Players of the decentralized real-time strategy game, Dark Forest, have introduced new and innovative ways of earning cryptocurrency within the virtual ecosystem.

The play-to-earn plugin “Broadcast Market” was integrated into the game on May 31, according to a tweet by programmer Blaine Bublitz. The developer noted that Broadcast Market is the first plug-in featuring its own smart contract that directly communicates to Dark Forest.

Bublitz added that he and collaborator Jacob Rosental, “Project Sophon,” intend to develop additional plug-ins for the game in future, thanking Dark Forest for supporting their work.

Dark Forest praised the plug-in as showcasing the possibilities enabled by decentralization, emphasizing that players and not just Dark Forest’s official developers can expand the DApp’s gameplay and functionality:

“Thanks to interoperability, *new game features* in a decentralized game can be added by anyone, not just the original devs — this is literally not possible in traditional games.”

Dark Forest is a real-time strategy space-conquest game where players discover and capture planets in an infinite, procedurally-generated, cryptographic universe.

It has been built on Ethereum using zkSNARKs to provide zero-knowledge proofs. The cryptography secures the hashes that are created to represent planet locations in the smart contract.

Broadcast Market has been developed by Project Sophon allowing gamers to reveal the location of any planet in the Dark Forest universe once every 24 hours. Competitive players need more than a single planet broadcasted so users can now earn xDAI just by broadcasting a planet for another player, the website explained.

xDAI is a derivative of the MakerDAO stablecoin DAI hosted on an Ethereum layer-two sidechain of the same name offering high-speed and low-cost transactions. Project Sophon stated that they would take a 20% listing fee, paid by the creators of Broadcast Requests, for posting on the Broadcast Market.

The MMO, or massively multiplayer online game, was launched in August 2020, recently upgrading to version 0.6 on May 21.

On May 3, Cointelegraph reported that the pseudonymous digital landowner and crypto whale, Flying Falcon, had sponsored 50 Axie Infinity players based in emerging economies.