The US Commodity Futures Trading Commission (CFTC) has ordered Commerzbank AG to pay a civil penalty of $12 million to settle charges that it made misleading statements and material omissions as well as failed to supervise its swap dealing activities, the agency said on Thursday.

Commerzbank has been registered with the CFTC as a Swap Dealer since the end of 2012. According to the Order, from December 31, 2012, until at least 2018, the commodities regulator found that Commerzbank’s failure to supervise its Swap Dealer was systematic and resulted in thousands of regulation violations of the CFTC and Commodity Exchange Act (CEA).

As a result, in addition to the fine, the Order requires Commerzbank to retain an outside consultant who will review the firm’s swap dealer compliance for two years. During this time, the consultant will create annual reports that will assess the swap dealer’s compliance with CEA and CFTC regulations.

Commerzbank itself will also have to submit annual reports to the CFTC. These will also be regarding swap dealer compliance and the firm’s remedial efforts. The reports will need to be submitted for a period of two years.

Commenting on the order, CFTC Chairman Christopher Giancarlo said: “this case is just the latest example of the close regulatory communication and cooperation that exists between the CFTC and BaFin [Bundesanstalt für Finanzdienstleistungsaufsicht] and I look forward to continuing our very strong partnership with BaFin, one of the world’s leading financial regulatory authorities.” 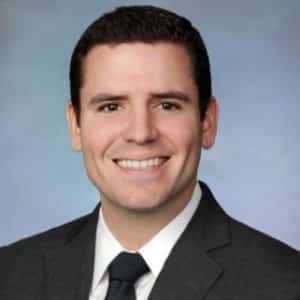 CFTC Director of Enforcement James McDonald added: “this case highlights the importance of complete and accurate reporting of swap transactions, supervision, and transparency with the CFTC.  The Commission will work vigorously to ensure the integrity of our markets by ensuring registrants comply with their reporting, compliance, and supervision obligations.”

It seems that Thursday was a busy day for the CFTC, as the regulator also announced that it has filed and settled charges against Jacob Bourne. A former managing director of Deutsche Bank Securities Inc., Bourne was found to have illegally mismarked swap valuations to hide large trading losses.

As a result, he will have to pay a civil penalty of $350,000. The CFTC has also permanently banned him from trading on exchange, as well as being registered with the CFTC, among other measures.

Following this, the Division of Enforcement has now issued the first public declination letter to both Deutsche Bank AG and Deutsche Bank Securities Inc. The letter states that the commodities regulator is now closing its investigation into Deutsche Bank.