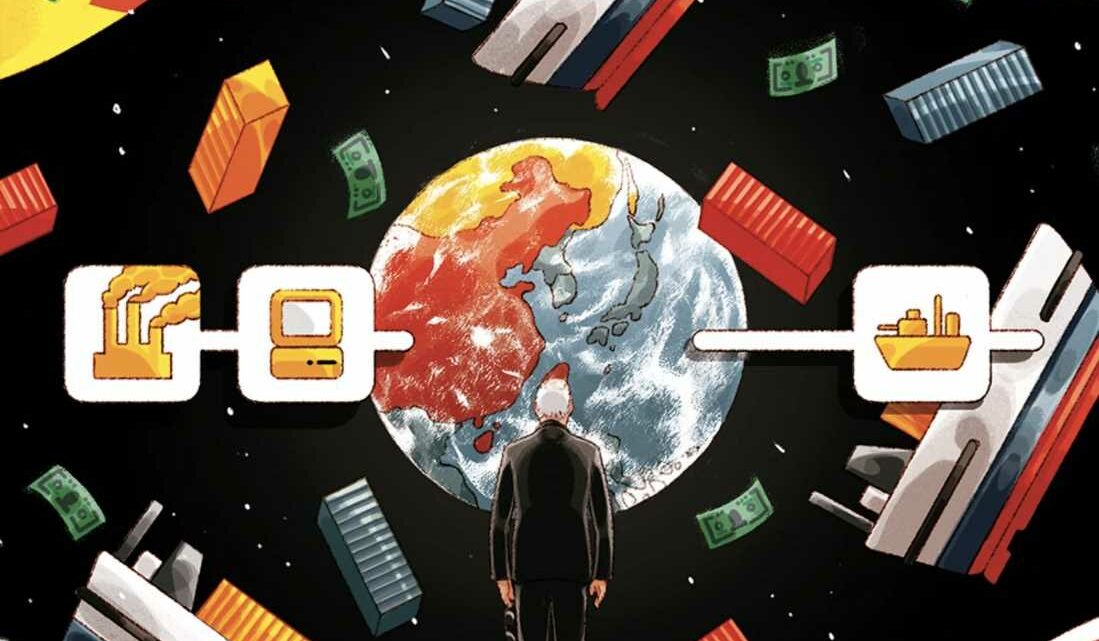 Changpeng Zhao, the master of jurisdictional chess, has shown himself to be far too meek when it comes to his own home country.

A seemingly coordinated regulatory affront during summer had some pondering and wondering whether Zhao had checkmate.

London was told Binance had nothing to do with what they thought was Binance, it was some subsidiary that had to comply with whatever the UK regulators wanted. Then one by one other regulators heard the same. Fuming Bloomberg went around wondering where is binance.com headquartered. At least it was fun while it lasted as eventually Hong Kong got the global exchange to… well, say yes mam and as far as we are aware change nothing.

However when it comes to the diktats of the ‘People’s’ Bank of China (PBOC), Zhao is seemingly not playing any games. The game instead is now being turned on the public, which he tells “Binance withdrew from the Chinese mainland market in 2017 and does not engage in exchange business in mainland China.”

Great, so that’s that where it concerns PBOC’s attempt to dictate the law outside its own borders? Not for Zhao, once the chessmaster, now…

“In response to the regulatory requirements of the local government, Binance C2C will delist the CNY trading zone at 24:00 (East Eighth District Time) on December 31, 2021. At the same time, Binance will conduct an inventory of platform users. If the platform finds users in mainland China, their corresponding accounts will be switched to the‘withdrawal only’ mode, and users will only be able to withdraw, redeem, and close positions. Binance will notify the corresponding users by email 7 days before the account switch.”

China’s central bank announced last month their intention to order foreign based exchanges and entities to comply with a crypto blockade within China, threatening investigation of personnel that may be in China.

According to a decision by the Supreme Court of India, such a blockade is unconstitutional. The central bank does not have the authority to order the non facilitation of crypto related fiat transactions.

In China, bitcoin is not illegal, therefore the Chinese central bank does not have the authority to make illegal bitcoin related fiat transactions when the government there has not done so.

Yet PBOC’s decision is enforced unquestionably within China, as it was in India before the Supreme Court’s decision. There has been no court challenge in China as far as we are aware.

Where non-China based entities are concerned therefore, they are faced with conflicting jurisdictions and principles. One says comply with a PBOC diktat even though it has not stood up to scrutiny, while the other says a Supreme Court decision says such diktat is unconstitutional and therefore unenforceable.

“Gate.io is an international trading platform with a long history in the industry. In 2021, it became the sixth best trading platform for Forbes in the world. Since its establishment, the company has no relevant legal persons, shareholders, directors, etc. involving Chinese nationality.”

So says one of the bigger crypto exchanges after clarifying that “in response to local government regulatory policy requirements, Gate.io has blocked access to the Gate.io website from mainland China, and the App has been removed from all mainland China application markets.”

They do not announce any further actions, with OKEx, a far bigger exchange, also stating under the heading of Notice on Regulatory Policies in Mainland China:

“Europeans trade on OKEx since 2017, with our focus on the international market, and not to promote services for the Chinese mainland market. Okex.com is inaccessible in mainland China, the APP has also been taken off app stores in the mainland China market.

At present, OKEx has established offices in many major countries around the world, with more than 1,000 overseas employees.

In the future, OKEx will continue to develop steadily in the international market, continuously improve its products and services, continue to maintain the policy of ‘exiting the Chinese mainland market’ and not set up offices and teams in mainland China.”

Huobi, which often is seen as a sister site but has different management and is a different entity, has taken a Binance like approach perhaps because they were invited to set up some blockchain headquarters in China, and then were kicked out of that too, and now are maybe hoping of getting back in again.

All this comes at a very crucial time for China. Stock trading in Evergrande has been suspended since October the 5th, more than a week ago. They’re not the only property developer to have been suspended either.

Defaults and near defaults keep rolling in, with millions of Chinese savers potentially standing to lose in a country where property is the primary savings investment in part because of PBOC’s stringent and misguided capital controls.

Risks of miscalculation are high and arguably there hasn’t been a time when Chinese people need a global store of value more than now.

Delisting CNY therefore may precipitate the loss of savings and may leave millions without a boat. That’s especially in a country where the Party’s mouthpiece, the People’s Daily, boasts about NFTs.

The court adjudicated unconstitutionality of PBOC’s order moreover should make it easier to argue that China’s jurisdiction is limited to China’s borders just as plenty of defi and centralized exchanges limit US jurisdiction without delisting USD trading pairs.

So this split between the personal convenience of some exchange operators and the principled approach of some others is perhaps not too surprising as if they don’t fully stand up for their own country, who will?

'More ships than parking spots': What a stuck supply chain looks like