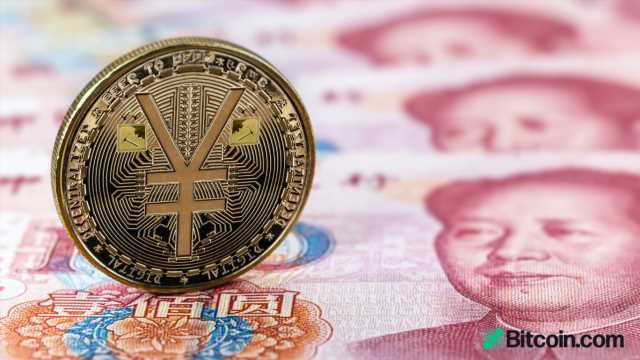 China’s push for the digital yuan will boost demand for cryptocurrencies, according to an analyst at BK Asset Management, citing that the Chinese government wants “absolute power” over the wealth and income of its citizens.

Boris Schlossberg, managing director of FX Strategy for BK Asset Management, said in a note last week that China’s absolute control over its central bank digital currency (CBDC) will drive more demand for cryptocurrency, CNBC reported Friday. Schlossberg has more than 20 years of financial market experience, according to the asset management firm’s website which further states that the is “widely known as a leading foreign exchange expert.”

The analyst said that the primary driver for the Chinese government to roll out the digital yuan is “absolute power” over the wealth and income of its citizens.

“The digital yuan is both programmable and trackable giving the Chinese government enormous control over the economy,” he described. “Not only will Chinese policymakers know every consumer choice made in the economy, but they could also directly affect spending behavior by making the currency expirable by a certain date.”

Yet it is precisely this policy objective that will drive demand for crypto in the future. With many Chinese entrepreneurs and consumers clearly aware of the government’s intention to exert absolute authority over personal assets, the trend of converting at least part of one’s wealth into crypto assets will continue despite crypto’s inherent volatility.

Meanwhile, CG Lai, CEO of BNP Paribas’ China business, believes that the Chinese central bank, the People’s Bank of China (PBOC), is introducing the digital yuan “because they want to make the domestic financial institution much more efficient,” she told the news outlet.

While emphasizing that no one is certain about how the Chinese central bank digital currency will be executed, she sees “obvious benefits for the Chinese in trying to promote the cryptocurrency … on the cross-border side.”

Recently, China has reiterated its crypto crackdown announcements made back in 2017, which some say is the Chinese government’s way of reducing competition for the digital yuan. China has been testing its digital currency in various cities, including Beijing, giving away “red envelopes” of digital yuan for consumers to spend. Early this month, Bitcoin News reported that China’s digital yuan smart card features biometrics and fingerprint scanning.