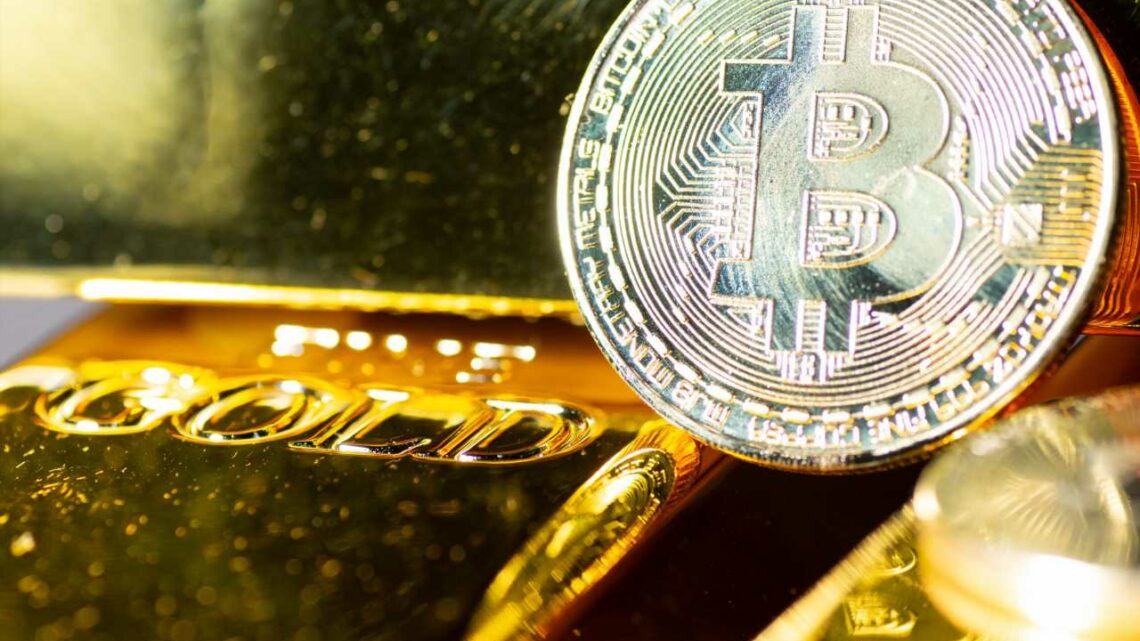 2020 was the year of the digital gold narrative amid a pandemic and unprecedented money printing. In 2021, only Bitcoin matters and comparing it to gold at this point is selling the coin short.

Now is the age of cryptocurrency, and no comparison shows that better than the two charts you are about to see side-by-side.

The Bitcoin Standard Emerges As Gold Melts Down

Bitcoin was designed by Satoshi Nakamoto as the first form of peer-to-peer digital “cash,” but also sought to give the cryptocurrency several traits of of a commodity such as rarity. This was achieved through the asset’s 21 million BTC hard cap.

The cryptocurrency creator’s early comments showed a distinct fascination with gold, and appears to have been attempting to create a digital representation of the hard money standard.

The term gold standard is used to describe a time when all fiat currencies were pegged to the shiny precious metal, and it was a time that was much more prosperous and wealth gaps weren’t nearly as wide.

The evolution of the dollar and all fiat money into what it is today, did away with the gold standard decades ago. As a result, the price per ounce of gold skyrocketed form around $30 to $2,000 this past year.

At the gold bull market peak, however, a passing of the torch took place. The moment gold topped in August, coincides with the moment hedge funds and public companies began buying BTC.

Gold’s value has been diminishing while Bitcoin’s rises. Coincidence? | Source: BTCUSD on TradingView.com

From that moment forward, Bitcoin has been in its most powerful uptrend yet and spiked from $10,000 to $50,000 with not even a trillion in capital to show for it. Gold outflows began to rise the same time Bitcoin trading volume and futures open interest started to climb to previous highs.

If the $10 trillion the gold market cap commands makes its way into Bitcoin, the price per coin could reach more than $500,000 a piece.

The chart above shows exactly when the deviation took place, and gold’s downtrend began. Prior to that, both assets initially performed well as a safe haven post-pandemic, however, the digital currency has completely taken over since.

The digital gold narrative has been effective, and now Bitcoin is ready to set it sights on replacing the dying dollar instead.

Bitcoin was once following a gold fractal closely for years, which has thus far benefited the young cryptocurrency well. But now that the torch has been passed, will Bitcoin soon be the asset to catch up to?