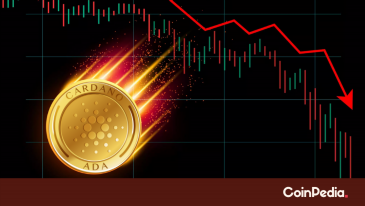 On September 12, 2021, a much-awaited Alonzo hard fork upgrade on ADA had been completed successfully. The community members are now allowed to create and execute smart contracts on the public blockchain. The network despite celebrating the milestone, observes that it is still in the early days of the project with no expected Cardano(ADA) price spikes.

Also Read: Everything You Must Know Of The Polkadot Contrast Rally, DOT Price Could Hit $50 Very Soon

Why ADA Price Is Stagnant Despite Smart-contract Launch?

When Will Cardano(ADA) Price Hit $5?

However, amid rising FUD, the Cardano network urged the user base via tweet to maintain sensible expectations followed by the Alonzo upgrade launch.

The ADA network hailed Alonzo hard fork as a milestone step for the blockchain’s DeFi capabilities. Cardano aimed to rival Ethereum’s monopoly in hosting dApps and web3 applications. Moreover, testnet results are not final, it takes a few more months until it lives up to its set standards.

However, the hype for Alonzo Hardfork’s upgrades recently spiked Cardano’s price to record new highs. ADA rallied by 190% from $1.12 in mid-July to $3.10 on September 3rd. Trend and RSI factor hints ADA is now looking for a strong support zone at $2.40. Fixing scalability issues that exist in the present upgrade would help the price to break the resistance at $3.10.