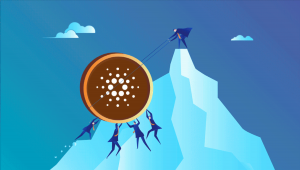 Cardano Is About to Explode! Reports Suggest ada price Is Undervalued!

Cardano the third-largest largest crypto by market cap has been in the buzz for quite some time. Enthusiasts and institutions pin high hopes on the network, owing to its strong and growing fundamentals. Moreover, analysts expect the ADA price to explode, marching towards its ATH.

The strong underlying fundamentals of the network, along with its steady adoption and future-ready protocol. Is fathoming interests of enthusiasts in the space. Netizens expect a breakout, following the coin marching towards its ATH.

Popular analyst represents a chart depicting Cardano movements. The coin has been following the parallel descending channel trend since early September. The crypto has broken the channel, we can expect it to consolidate along with the support levels.

Before heading towards its resistance in the range of $2.5 to $2.7. If it surpasses the resistance, it will march towards its ATH. Consecutively, making purchases while the coin is along the support levels is advisable.

Also Read: Is Cardano Better than Ethereum? Find out What On-Chain Report Says?

Grayscale’s report suggests Cardano might be undervalued in comparison to Bitcoin and Ethereum. Owing to its strong fundamentals and adoption over the last 12 months. Numerous factors are proving its worth over its counterparts.

Which are as follows:

Summing up, Cardano is up for the big league which is set to redefine the space to a greater extent. It being undervalued despite its potential. Gives more than one reason, for investors to consider the coin. The network is experiencing an impetus in De-Fi and NFT space. With a steady adoption rate, Cardano might eventually create fortunes.