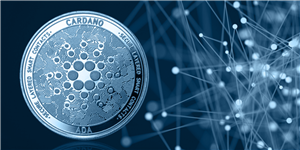 Cardano has announced that Rwanda’s Save the Children foundation had become the latest charity organization to embrace cryptocurrencies. The partnership came to fruition when Cardano had successfully installed a payment gateway that allowed the NGO to receive donations using Cardano’s native currency ADA.

The statement released on the Save the Children website explained that thousands of Rwandan children would now be able to receive help through donations via cryptocurrency, which in this case is ADA.

Related Reading | Cardano (ADA) Demand Rises Amongst Retail And Institutional Investors, Why This Is Happening

Using the partnership with Cardano will enable the NGO to source funds directly from donors without having to rely on third parties or intermediaries to process the donations. In which case the charity ends up losing a good percentage of the donated funds to fees.

Not The First Rodeo With Cryptocurrency

Save the Children is not new to working with digital assets. The charity has been accepting bitcoin donations since 2013. This initiative had started in response to the Typhoon Haiyan that had struct Southeast Asia that year and had completely devastated the Philippines.

This move saw Save the Children become the first global NGO to accept donations in cryptocurrency.

ADA price currently down at $1.236 per coin | Source: ADAUSD on TradingView.com

Save the Children had begun receiving donations in digital assets in order to provide fast and effective aid to the people affected in the area and several initiatives involving cryptocurrencies and blockchain have spun off from there. One of these is MicroWorks, a Save the Children initiative that helps refugee youths earn a living by paying them for collecting data with their mobile phones.

Cardano (ADA) is now the latest to join the line of digital assets accepted by the organization. Save the Children can now accept multiple digital assets using its cryptocurrency wallet widget.

So far, donors can donate funds in Bitcoin, Ethereum, Dogecoin, Litecoin, BAT, and a host of others.

Save the Children received over 22,000 ADA donations just hours after it announced the launch of the feature. Amounting to almost $30,000 donated through ADA alone.

The news of the partnership has so far been well-received in the Cardano community. With investors applauding Cardano’s scalability for allowing this to happen.

Cardano had announced earlier in the year that about half a billion dollars worth of ADA would be delegated to mission-driven stake pools on its network and this would help to fund more than 100 charities around the world. Save the Children is set to be one of the key beneficiaries of this initiative.

Speaking on the partnership, Eva Oberholzer, the Chief Growth Officer at the Cardano Foundation, said that this was only the start of an exciting partnership.

“People are often confused by cryptocurrency and baffled by blockchain. Through this pilot with the Kumwe Hub, we aim to demonstrate the power of decentralized finance (DeFi) and the global community when applied to supporting projects outside of the world of financial services and token trading.” – Eva Oberholzer.

DinoSwap Launching: How You Can Farm on Polygon For Attractive Yield

Janice Dean: Cuomo surrounds himself with spineless politicians and now I've been blocked on Twitter by one
Technology