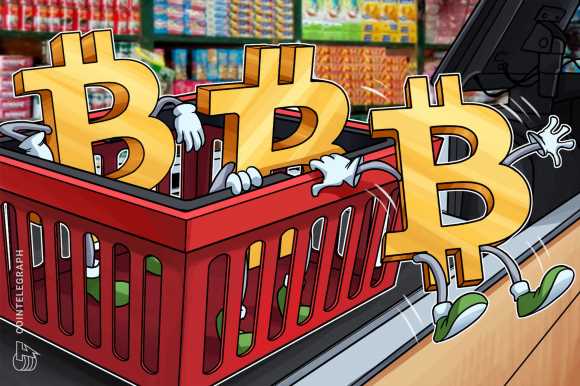 For the first time, shares in Grayscale’s Bitcoin Trust traded at a discount compared to spot BTC for an entire month.

Rafael Schultze-Kraft, the CTO of on-chain analytics provider Glassnode, shared the observation to Twitter on April 1, noting shares in the institutional fund manager’s Bitcoin Trust had traded at a notional discount of -6% on average during March.

He noted the discount in Grayscale’s BTC shares has coincided with the launch of the Purpose Bitcoin ETF in Canada — which has accumulated 16,000 BTC worth roughly $940 million since launching in late February.

Glassnode’s CTO is not alone in speculating the launch of North America’s first Bitcoin ETF may be siphoning institution away from Grayscale, with Galaxy Digital’s Mike Novogratz tweeting:

“[Grayscale] used to be the only game in town. Now have an ETF in Canada that charges 40 bp. And there are many funds here in the USA with very low fee structures.”

Schultze-Kraft noted the Trust’s Bitcoin holdings have been flat over recent weeks, stating this was: “Not surprising, as subscribing to create new $GBTC shares makes little sense as long as existing shares are trading at a discount.”

Grayscale allows accredited investors to create baskets of shares that represent BTC or other digital assets by depositing fiat. Grayscale then deposits a corresponding quantity of crypto into its trusts, with investors facing a six-month lock-up period after which they can sell their shares using over-the-counter, or OTC, markets.

With Grayscale’s shares historically trading at a premium over the spot crypto markets, many institutional investors have invested in the Trust as an arbitrage play, speculating the sizable spread would offset the 10% holding and interest fees associated with the six-month lock-up.

While all of Grayscale’s newly supported assets have seen significant gains over recent weeks, Filecoin’s performance has topped the list with a 105% gain this past week according to CoinMarketCap.