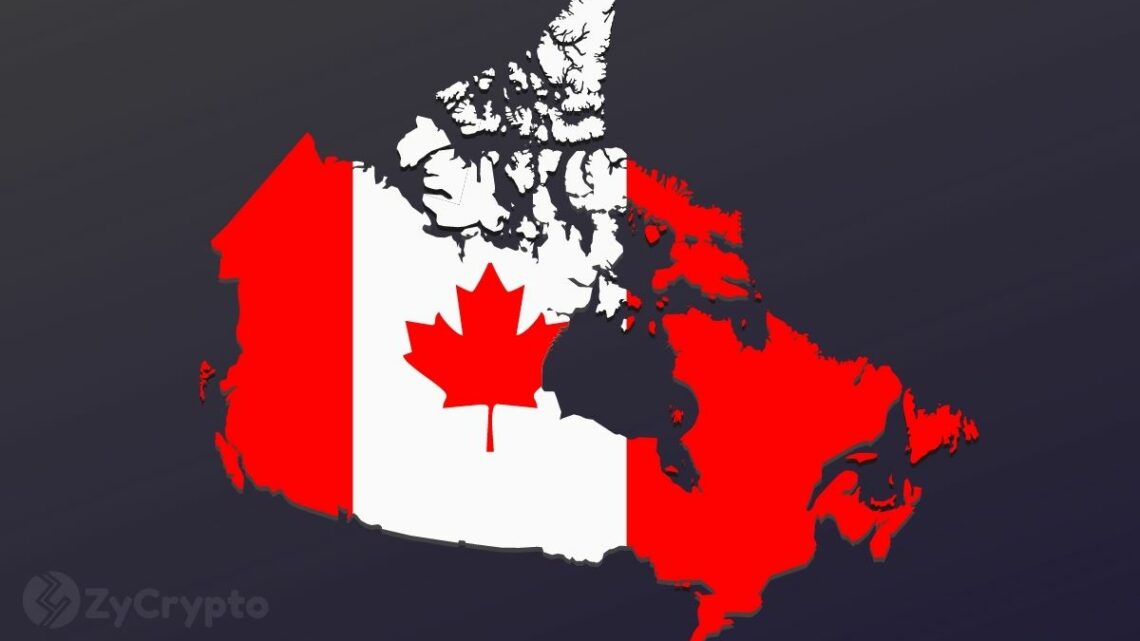 Canada Could Become The Next "El Salvador" For Bitcoin, But How Soon?

Canada, the third most populous nation in the North American continent, is on course to becoming home to the biggest cryptocurrency firms.

Canada’s regulatory atmosphere has been more favorable to cryptocurrencies than their North American counterpart: the United States of America.

The country made history recently when it approved the first cryptocurrency ETF. The ETF offered by Purpose Investments became available to investors in February this year and is traded on the Toronto Stock Exchange under the ticket BTCC.

Exchange-Traded Funds (ETFs) are a type of security that tracks an index, sector, commodity, or other assets, and can be purchased or sold on a stock exchange the same as a regular stock. A Bitcoin ETF allows investors to invest in Bitcoin without actually holding any Bitcoin, as the ETF does the holding, while they only reap the benefits.

Similarly, other ETFs have quickly followed the first. They include the CI Galaxy Ethereum ETF, Evolve Bitcoin ETF (EBIT), and Purpose Ether ETF, which have been hugely successful. A Bloomberg report recently revealed that one-third of the 25 most actively traded ETFs on the Toronto Stock Exchange were cryptocurrency funds.

Still, in the Spirit of Bitcoin adoption, the Canadian Elite Basketball League (CEBL), announced it was offering its professional basketballers the option of receiving their salary in cryptocurrency. The payment will be facilitated by the Cryptocurrency exchange Bitbuy, which will convert the players’ Canadian Dollar salary to cryptocurrencies if they so desire.

Meanwhile, there have been speculations that ETFs will have “astronomical” trading volumes if and when the US Securities and Exchange Commission (SEC) debuts their first Bitcoin ETF. The SEC last week announced that it would delay its decision to approve a Bitcoin ETF proposal submitted by Van Eck, a US investment company that offers active and passive investment strategies to its clients.

Despite making ground-breaking moves with the adoption of cryptocurrency, there are still many hurdles ahead. One of which includes the increased rate at which Canadian regulators are beating down on cryptocurrency exchanges.

The Canadian central bank, Bank of Canada, has also recently revealed that it is not ruling out releasing a Central Bank Digital Coin. Timothy Lane, a deputy director of the bank, told Global News that the bank was researching greener energy options for use in a digital currency.

Though the bank does not consider releasing a digital currency anytime soon, if it did, it intends for the digital currency to have a lesser carbon footprint than Bitcoin. If this happens, it is feared that Bitcoin adoption in the country may slow down considerably.

In all, Canada is showing signs of adopting digital currencies faster than many other countries. While regulation remains a key problem, the rise of institutional interest in the country, if capitalized on, could put Canada on the frontline of Bitcoin adoption.

After spending $1,300 on an Apple Watch, this guy came up with the 1% rule to control his spending: 'It's like a mental checkpoint'