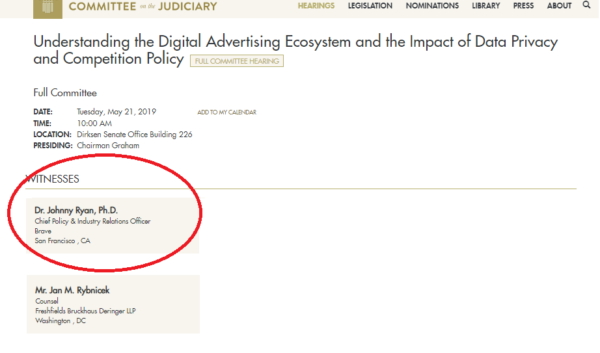 Dr. Ryan is the Chief Policy and Industry Relations Office for Brave, and the fact that the Senate is calling an executive from a digital asset project focused strongly on privacy lends a lot of credibility to the project.

Digital privacy has become a major issue around the world. Recently, Facebook co-founder Chris Hughes called for a breakup of Facebook for various reasons, and Brave itself has been a strong proponent of giving users more control over their data.

Brave is growing at an extraordinary pace, growing twice as fast as Google Chrome, which is still the most popular browser. It has already surpassed Firefox and Opera in terms of popularity, which is unsurprising given that monthly active users have surged by 450% since 2018.