BitMEX marks milestone with over $10 billion in trading volume

While most crypto exchanges are making headlines for the wrong reasons, BitMEX managed to break the curse by recording an all-time high trading volume, surpassing $10 billion for the first time. BitMEX recorded this milestone shortly after Bitcoin [BTC] breached the $7,000 mark last week.

“New record for BitMEX trading volume. Praise be to volatility and our wonderful traders!” 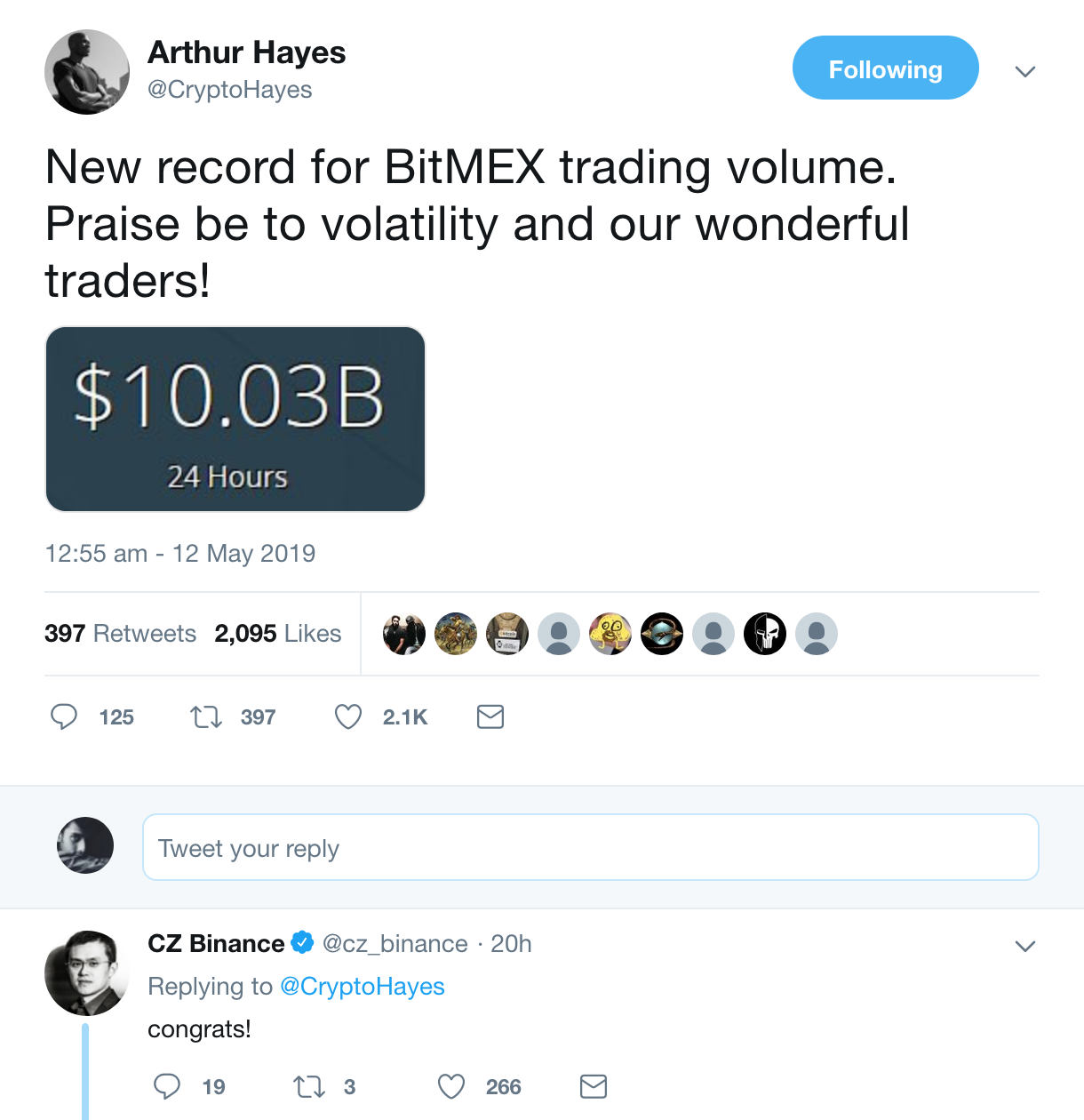 Some critics have speculated that Binance could return to its former glory only if the exchange allows margin trading, similar to that of BitMEX. The recent milestone set BitMEX as one of the foremost leaders of the world’s crypto exchanges. Consequentially, Binance was pushed to the eighth position in terms of 24-hour volume rankings, at press time.

Following the disruption caused by the Binance hack, several smaller exchanges are also trying to fill the market void left by Binance. Out of the lot, ZBG stands just below BitMEX with a trading volume of $3 billion. Further, players such as Bitfinex are spreading their market reach through various partnerships and addition of new coins for trading.

Shopify is the Amazon of small businesses: Here’s why