Bitcoin (BTC) has hit a new price record — but this time, it’s stamina which is delighting the bulls.

As various analysts and well-known Bitcoiners noted this week, the Bitcoin price has stayed above $10,000 longer than ever in history.

In what Morgan Creek Digital co-founder Anthony Pompliano suggested is a knock to bears, BTC/USD has now closed above $10,000 every day for 63 days.

This represents a longer chain of daily closes than ever before, and Pompliano, also known as Pomp, claims that it waters down the Bitcoin bear case.

“Dear Bitcoin haters, Bitcoin has spent a record 63 straight days above $10,000 and is only showing signs of going higher,” he tweeted on Sep. 28.

“The market is proving your bearishness wrong. There is always time to capitulate & join the party 🙂 Love, Pomp.” 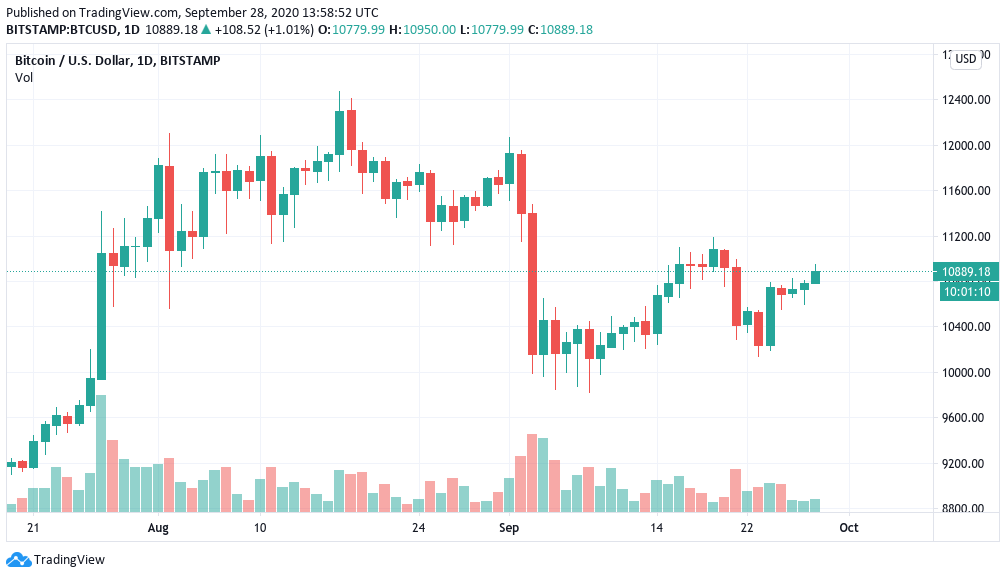 Will the CME gap break the BTC price spell?

Bitcoin has received mixed press in recent weeks as local highs of $12,500 gave way to lows which neared $9,800. In each case, however, BTC/USD managed to avoid a daily close under five figures.

Since the lows, Bitcoin has recovered to trade in a corridor between $10,000 and $11,000, so far seeing rejection when attempting to climb higher.

For some analysts, including Cointelegraph’s own Michaël van de Poppe, downside risk remains in the form of a retest of $9,600, which contains the only remaining lower CME futures gap. The brief trip to $9,800 failed to plug that gap, leaving expectations open for a repeat performance.

For the meantime, however, moves are failing to impress.

He uploaded a scenario incorporating a subsequent dip to $10,400 before a potential retest of $11,000.

States With the Most Underpaid Teachers
Technology