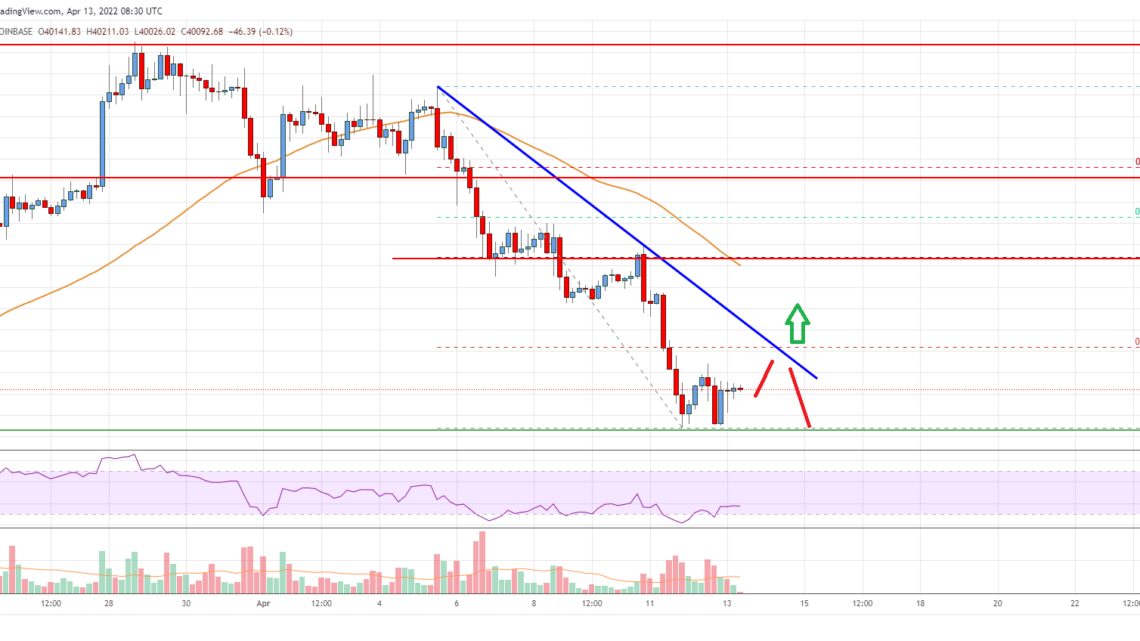 Bitcoin price is struggling below the $41,000 resistance against the US Dollar. BTC could nosedive if there is a clear move below the $40,000 support.

Bitcoin price failed to settle above the $45,000 resistance zone. As a result, BTC started a fresh decline and traded below the key $43,500 support zone.

If there is no upside break, the price might start a fresh decline below $40,000. The next key support is near the $39,200 level. Any more losses might call for a test of the key $37,500 support zone, where the bulls might take a stand.

4 hours MACD – The MACD is now losing momentum in the bearish zone.

4 hours RSI (Relative Strength Index) – The RSI is now below the 50 level.

MappedSwap is giving away more than 800,000 MST this April