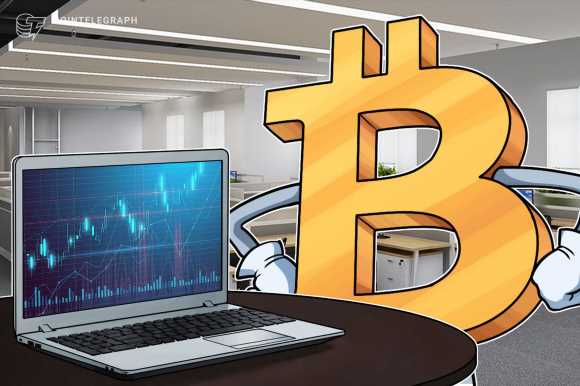 Investment strategist Raoul Pal has identified that Bitcoin’s fortnightly relative-strength indicator, or RSI, recently fell to levels not seen since the “Black Thursday” crash of March 2020.

The Global Macro Investor and Real Vision Group CEO also noted Bitcoin’s weekly RSI has crashed to levels comparable to that of the corrections produced during “the first part of the 2017 bull run, before Bitcoin hit hyperspace.”

The observation was made after Bitcoin crashed roughly 15% over the weekend, with BTC dropping from $55,000 to find support near $47,250 on Sunday, according to TradingView.

“Corrections in a bull market are opportunities and not threats,” Pal added.

On-chain analytics provider Glassnode also noted the depth of the crash, reporting that the number of Bitcoin addresses now at a loss had tagged a nine-month high of almost 6.4 million on April 25. Despite the milestone, 86% of Bitcoin addresses are currently in profit.

The markets appear to have agreed with Pal’s assertion that Bitcoin was overdue for a bounce, with BTC bouncing 11.5% in six hours after posting a local low of roughly $47,000 earlier today.

Despite the sharp bounce, Bitcoin has shed 27% from its April 14 all-time high of $65,000. The downtrend saw Bitcoin’s dominance drop to 50%. The last time BTC market share fell below 50% was in July 2018, according to TradingView.

India Inc lends a hand amid shortage of oxygen
Technology