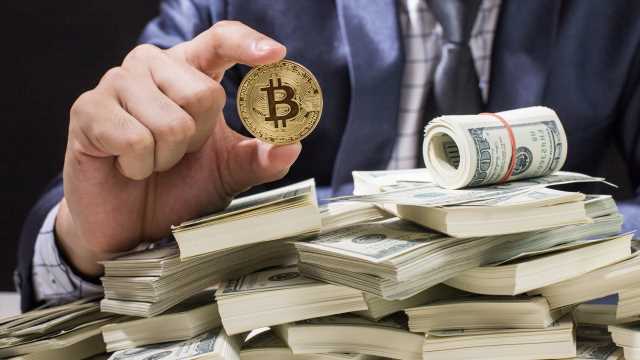 The total amount of capital inflows into bitcoin during the 30 days to Jan. 25 are as high as the entire bitcoin market capitalization in September 2017 and early 2019, according to new data from Glassnode.

Glassnode co-founder and CTO Rafael Schultze-Kraft tweeted that cash inflows into bitcoin (BTC), as estimated by the realized cap, reached $70 billion during the calendar month in review, equalling the whole BTC market cap value for September four years ago and early 2019.

In 2017, bitcoin prices rose sharply within a space of just three months, peaking at nearly $20,000 by December – an all-time-high then – in a rally largely led by small-time investors fearful of missing out on BTC’s unprecedented price surge.

Now, Glassnode data reflects the spike in institutional interest in bitcoin. In the last few months, institutions have pumped in billions of dollars into the top cryptocurrency, either as a reserve asset or hedge against monetary inflation.

The asset’s bullish run in late 2020, when it reached a record of about $42,000, has been largely sustained by corporate and institutional involvement – something that is considered by analysts as giving BTC staying power. At this point, cryptocurrency’s total market value had crossed the psychological $1 trillion mark.

But amidst the euphoria, the price of bitcoin tailspinned to under $30,000 from over $40,000 within just 24 hours, leading to some random shouts of the bubble bursting. Since then, BTC has struggled to reclaim the $40,000 handle, with trades oscillating between the $31,000 and $37,000 range in the last fortnight.

Meanwhile, Etoro senior analyst Simon Peters says that the crash in bitcoin prices over the past week is not the bubble bursting. He says demand from large corporate investors will prevent bitcoin from falling further.

Peters predicts that BTC will hit $70,000 by year-end because “the fundamental backdrop for bitcoin remains positive.”

“Despite the drop, the demand from large institutional investors remains impressive,” Peters said in comments shared with news.Bitcoin.com.

“The demand isn’t slowing and I believe that many investors will view any significant dip not as a bubble burst but as an opportunity arisen. Investors of all sizes will be looking at a price in the region of $28,000 as an excellent chance to top up their positions,” he opined.