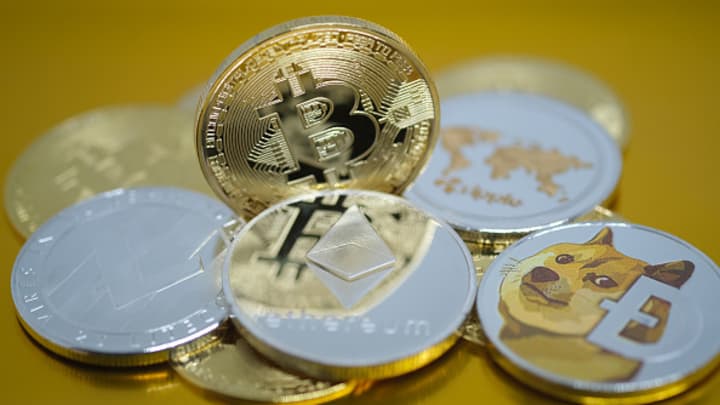 Bitcoin hits another record. Here's how much you'd have if you invested $100 in 2009

Bitcoin is at it again. On Thursday, the cryptocurrency rallied to a fresh high, surpassing the $48,000 level, according to data from CoinDesk.

Even though the asset has been highly volatile, those who have held it long term have reaped incredible gains.

For example, if you invested in bitcoin when it was first launched in 2009, your returns could be infinite, because the initial value of the asset was $0.

"Theoretically, you could have gotten unlimited bitcoin and then you'd have infinity dollars," said Daniel Polotsky, CEO of CoinFlip, one of the largest bitcoin ATM companies in the U.S.

More from Invest in You:
7 money moves to make now to start the new year strong
Trump signs off on $600 checks; vote on $2,000 payments still happening
The steps you need to take to prepare for financial emergencies in 2021

"It's the best-performing asset of the last decade for sure," he said.

If you bought bitcoin a little bit later and held the asset through the ups and downs, you'd still see remarkable returns from your initial investment.

At its all-time high Thursday, those 1,000 Bitcoin would've been worth more than $48 million, not accounting for compounding and assuming you bought and held the asset the entire time.

To be sure, that's a long time to hold a highly volatile asset, meaning that the group of people who both invested in bitcoin that early and have largely held onto their investments is small, said Polotsky.

And, though there are many stories of extreme gains from those invested in cryptocurrency, there are also many who have lost just as much money by buying and selling the choppy asset at the wrong time.

In addition, investors who have held onto bitcoin for that long have had trouble actually cashing out their incredible gains due to technical issues – some have forgotten the passwords to their digital wallets, meaning they have only a few tries to access the funds before being locked out forever.

Still, bitcoin has been on an incredible trajectory that's outpaced other investments. So far in 2021 alone, the cryptocurrency has surged more than 63%, after quadrupling in value in 2020.

Most recently, the price of bitcoin has been driven by high-profile support. On Thursday, Bank of New York Mellon said it would provide custody services for digital assets, citing growing client demand.

Earlier in the week, Mastercard also said it would begin to offer support for cryptocurrencies on its network this year. And, on Monday, Tesla announced that it had bought $1.5 billion of bitcoin and that it would soon start to accept the currency as payment.

And, even though the cryptocurrency has also shown its trademark volatility in recent weeks, long-time bitcoin bulls see even more returns in the asset's future.

Mike Novogratz, CEO of Galaxy Digital and a known cryptocurrency bull, in November said he sees bitcoin rising to $55,000 or $60,000 at the end of 2021 as it continues to replace gold. Tyler Winklevoss, another bitcoin bull and the co-founder of crypto-exchange Gemini, said he could see the asset reaching $500,000 per coin one day.

SIGN UP: Money 101 is an 8-week learning course to financial freedom, delivered weekly to your inbox.

CHECK OUT: 3 money moves helped me save $100,000 by age 25, says Break Your Budget blogger via Grow with Acorns+CNBC.

Disclosure: NBCUniversal and Comcast Ventures are investors in Acorns.