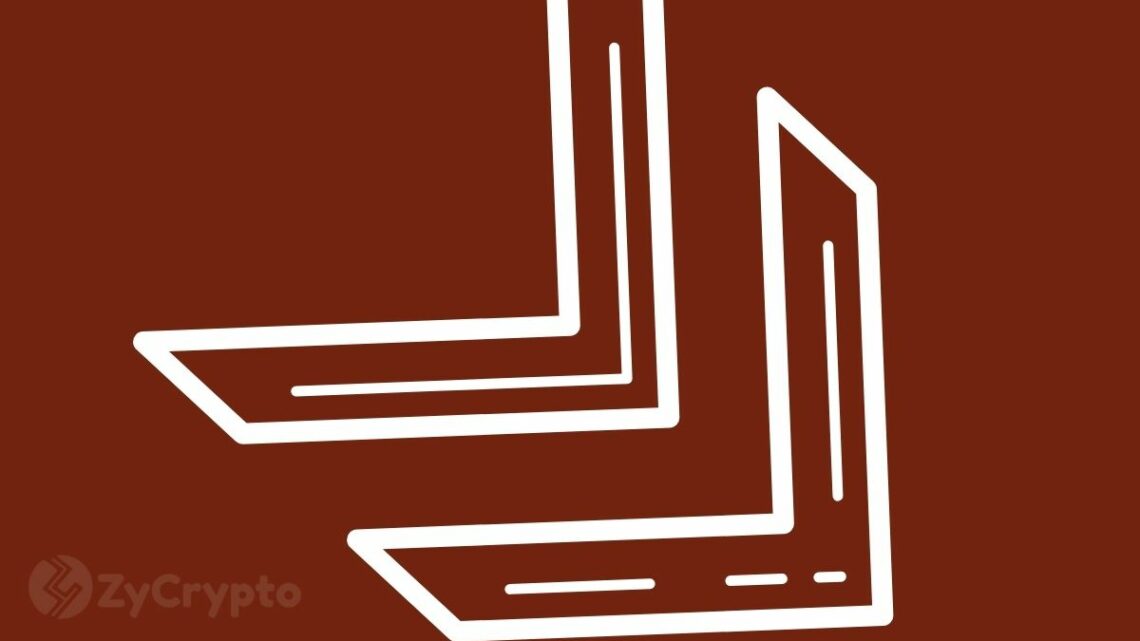 Bitcoin Gives Up More Than $8k In Hours, Drags Crypto Market Down As Worries Over 'High Price' Surface

Whereas last week saw hype because of the $50k price tag being broken, Elon Musk’s tweets, and the first ETF market getting hot over Bitcoin and Ethereum, Monday markets opened with a sharp fall for crypto coins. 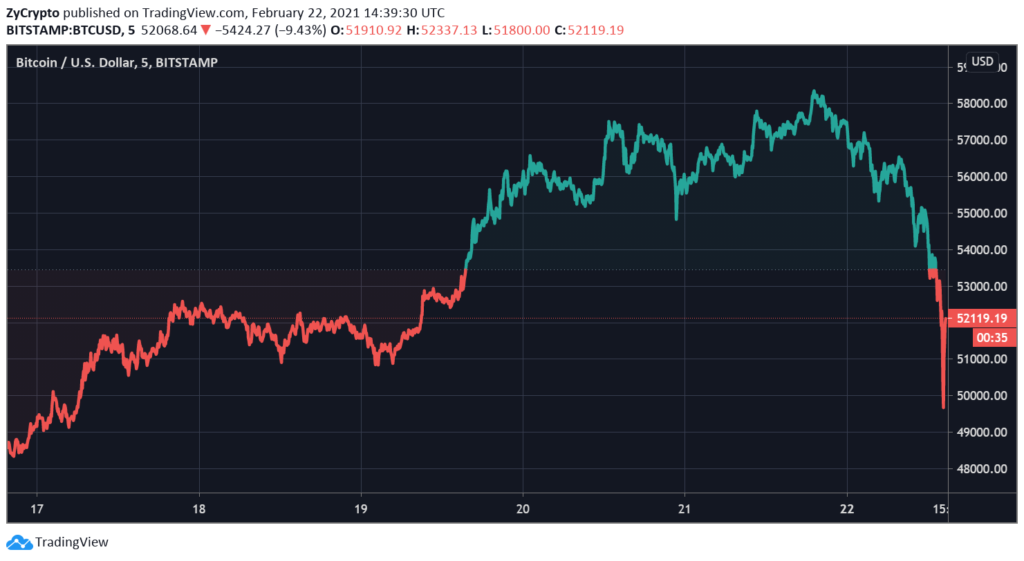 At the time of writing, Bitcoin is trading 12% lower on CoinMarketCap, falling to around $50,407 from a weekend high of $58,500. The world’s best-known cryptocurrency has seen a parabolic price rise this year so far, heightened even more after Tesla CEO Elon Musk admitted that his company had invested $1.5 billion in Bitcoin. Many crypto analysts are convinced that the status of Musk as a market leader will entice others to follow.

Over the weekend, Daniel Ives, market analyst at Wedbush Securities, admitted that Tesla is “on a trajectory to make more from its Bitcoin investments than profits from selling its EV (electric vehicle) cars in all of 2020.”

“We still expect less than 5% of public companies will head down this route until more regulatory goal posts are put in place around the crypto market, which is clearly starting to gain more mainstream adoption in 2021.”

February saw a 60% price rise for Bitcoin which many analysts admit was rather excessive. Crypto fans on social media already changed their monikers to feature laser eyes as a sign that the $100k price point would tumble next.

Given that institutional traders enjoyed the weekend, it is likely that many of them reacted to Musk’s comments of this weekend that prices for Bitcoin were now too high.

Bitfinex CTO Paolo Ardoino claimed that the current correction was to be expected, stating: “In the past weeks, a lot of accumulation on the long side happened, so traders should expect such correction events.”

Over in Europe, stock markets were also trading lower whilst US futures pointed to a lower opening over there as well. Most commentators agree that markets are starting to look too high and that a correction could be imminent.

Further down in the rankings, the top ten altcoins also saw heavy losses. Ethereum, which had crossed the $2k mark over the weekend, sold off to about $1.6k at the time of writing, whilst Binance Coin (BNB) dropped over 20%. 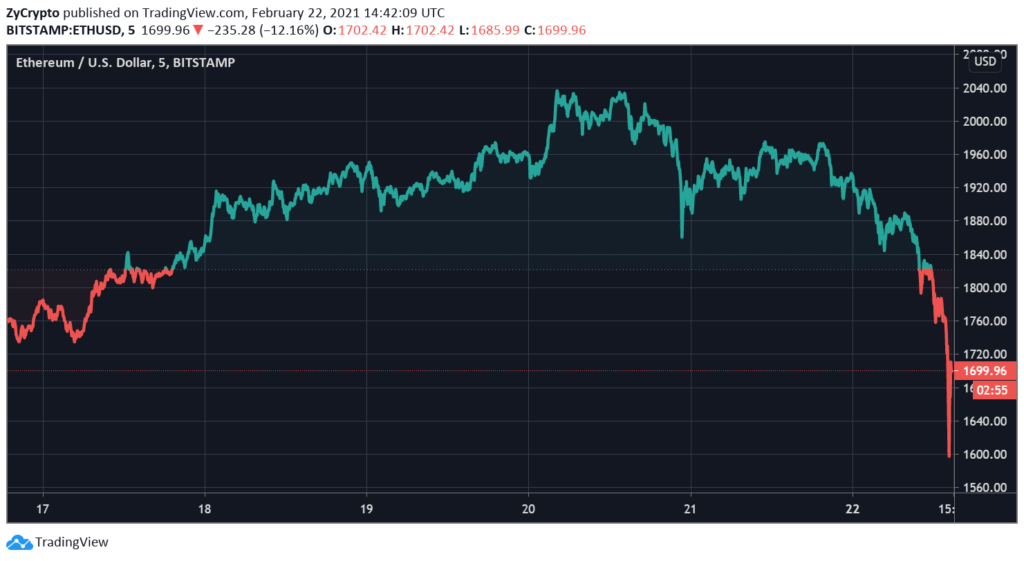 Cardano’s ADA dropped below the $1 mark again, coming off a weekend high of $1.15. Founder Charles Hoskinson was still celebrating the fanmail he received from Kiss frontman Gene Simmons, seen as an influential voice of where boomer generation money could be invested.

FXCubic Has Named Richard Bartlett as Its New Head of Sales